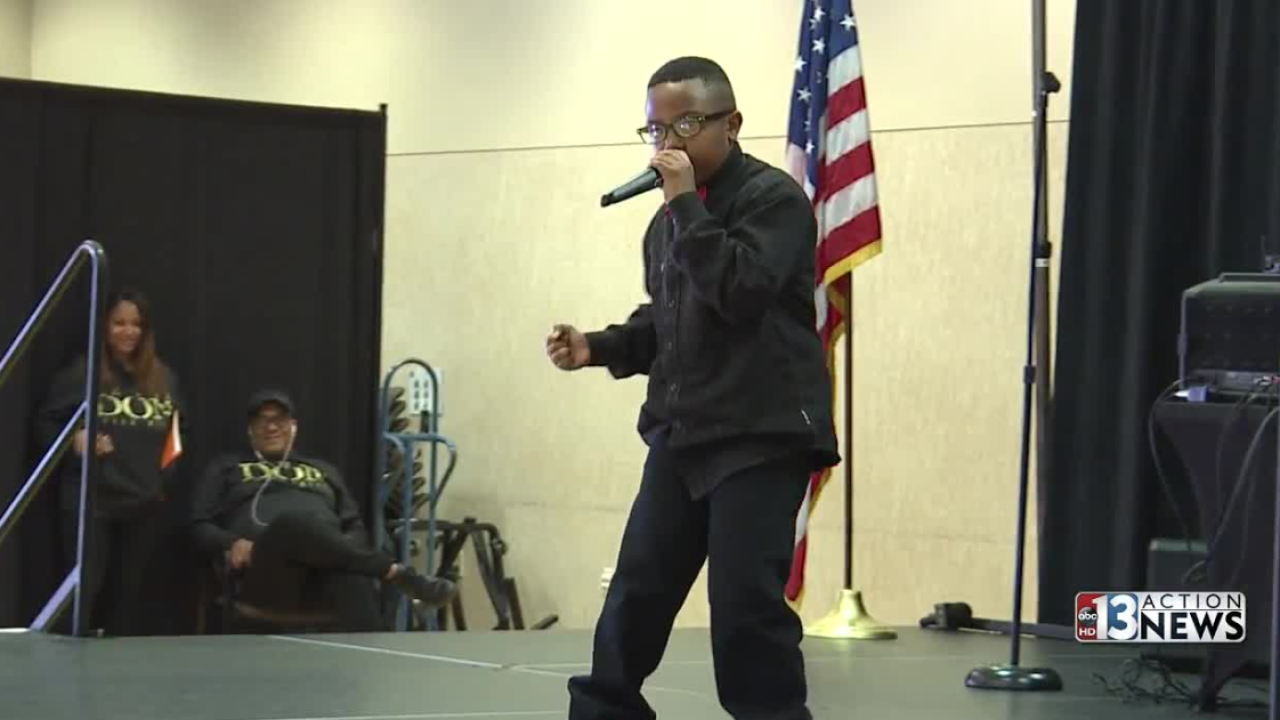 It reminded at-risk teens they can overcome any barrier regardless of where they come from.

Through the power of music, youth advocate, Robert Strawder showed kids and teens the “street life" isn't the only way.

“I know a lot of kids out there don't have a father figure, don't have the right parenting system,” said Strawder.

He wants kids in the valley to know their talent can lead to success.

In order to participate in the showcase students must have at least a 2.0 grade point average and have no disciplinary record.

Inaugural Vegas Teen Choice Talent Showcase! 7 students are performing. This is put on to remind at-risk teens, their talents can lead to success. @KTNV pic.twitter.com/dYbPmsGZ8j

“I’m just giving them an outlet to showcase their talents and make them believe themselves. Believing is the hard battle," said Strawder.

The seven students performed at the East Las Vegas Community Centers on February 16.

"Music gives our youth a different activity besides playing video games, or being out on the streets, robbing, or hustling," said Strawder.

"Peer pressure is something really big. Everybody seems to want to do what’s cool," said Xevyn Harris.

She and her sister Sparkle sang about a book they wrote called Bully Proof.

"Some kids these days are pretty twisted. We want to give them some positive energy out to make them a better people," said Sparkle.

The showcase also proved to students they can overcome any stigmas.

Strawder believes kids in his neighborhood are destined for more, they just have to keep working hard.

"Once they find their niche, they go to the top. They stop thinking about the homies and hanging around the block and ditching school."

The event was created for teens that are making a conscious decision to attend school and behave good.