Anonymous donor pays for memorial for man pushed off bus 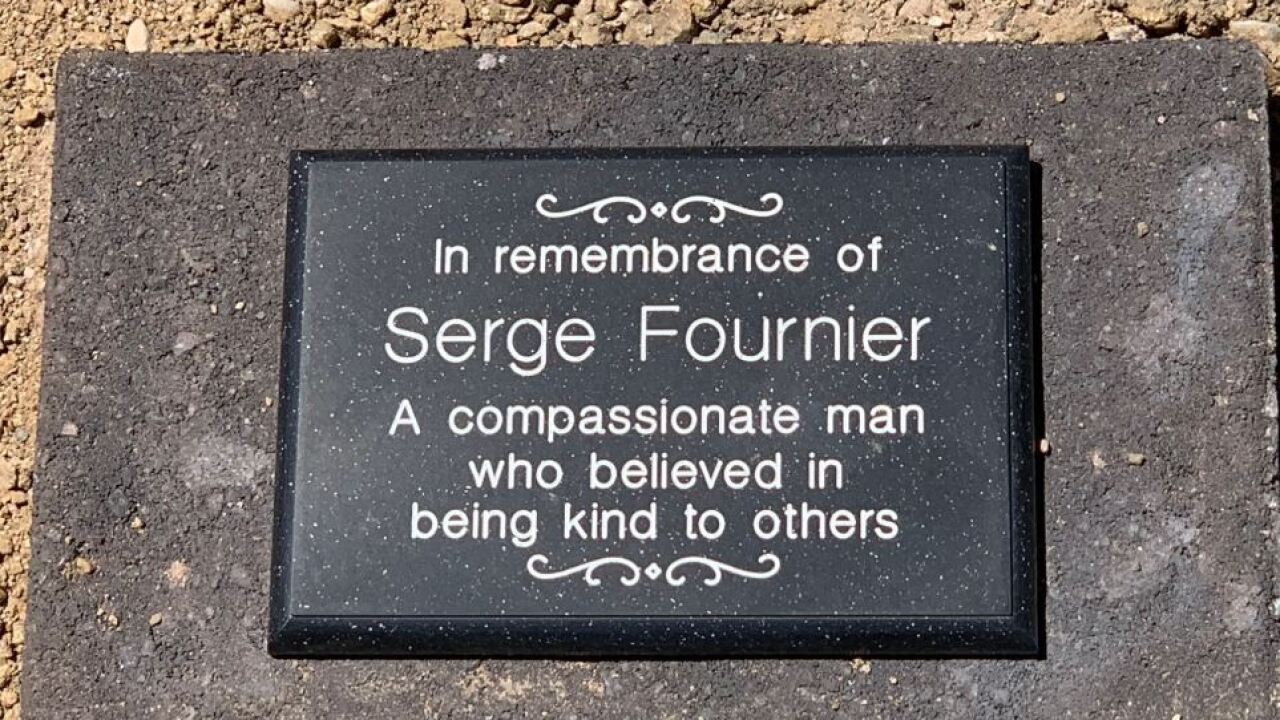 LAS VEGAS (KTNV) — A memorial has been created for 74-year-old Serge Fournier, who died after being pushed off of a bus earlier this year.

According to a tweet by the mayor of Las Vegas, the plaque and tree were paid for by an anonymous donor and are located at the East Las Vegas Community Center. The plaque reades "In remembrance of Serge Fournier/A compassionate man who believed in being kind to others."

Thank you to the anonymous donor who paid for a memorial for @CityOfLasVegas resident Serge Fournier. Mr. Fournier tragically suffered fatal injuries when he was pushed off an @RTCSNV bus. Known as a kind man, a tree now grows for him at the East Las Vegas Community Center. pic.twitter.com/NNIMXtPZ8f

Fournier was reportedly pushed off a RTC bus in March after he told a woman that she should be nicer to others. He initially refused medical treatment. Police were notified on May 3 that he had died and they began looking for the woman.;Many members of the community were shocked by the video of the man being pushed off the bus. Dozens of people came to a garage sale a few weeks later and several thousands of dollars were raised to pay for Fournier&amp;amp;amp;amp;amp;amp;#39;s funeral and help his long-time girlfriend.