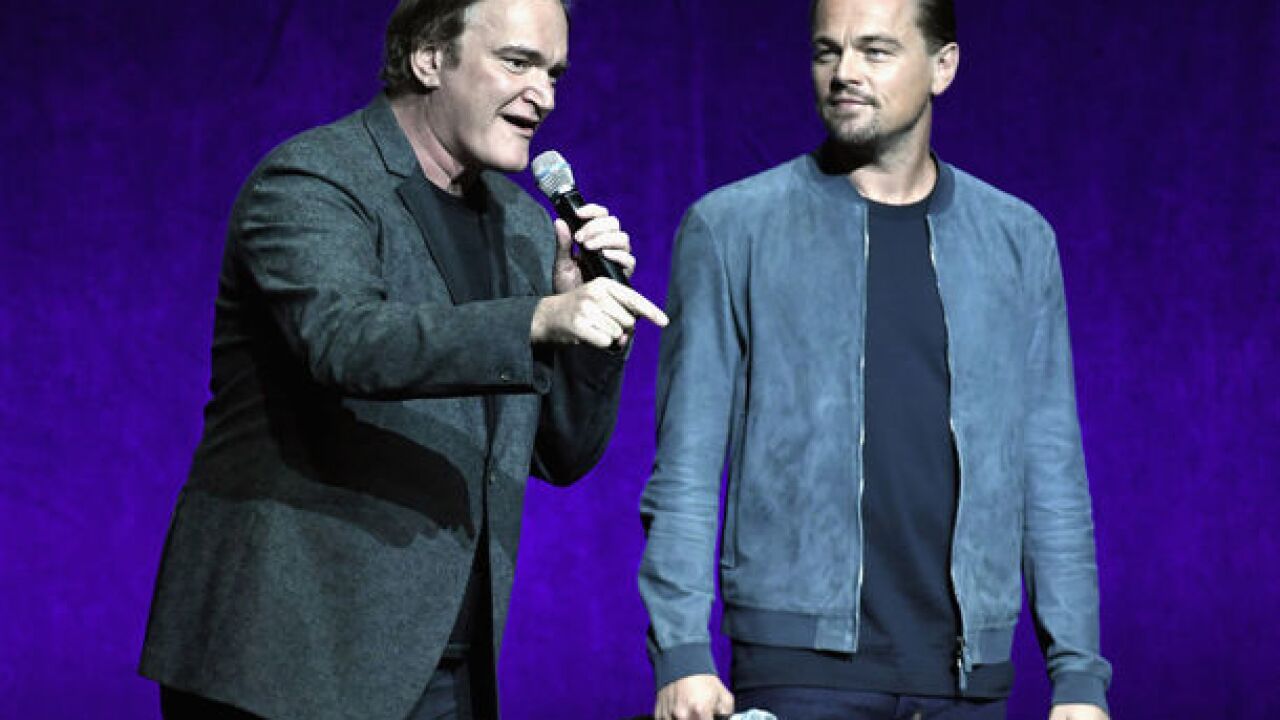 Copyright 2018 Scripps Media, Inc. All rights reserved. This material may not be published, broadcast, rewritten, or redistributed.
Ethan Miller
LAS VEGAS, NV - APRIL 23: Director Quentin Tarantino (L) and Actor Leonardo DiCaprio speak onstage during the CinemaCon 2018 Gala Opening Night Event: Sony Pictures Highlights its 2018 Summer and Beyond Films at The Colosseum at Caesars Palace during CinemaCon, the official convention of the National Association of Theatre Owners, on April 23, 2018 in Las Vegas, Nevada. (Photo by Ethan Miller/Getty Images for CinemaCon)

Approximately 6,000 people are in town this week for CinemaCon, which runs through Thursday.

The annual trade show for theater owners is packed with lunches, dinners parties, sneak peaks at upcoming movies and negotiations. And many of Hollywood’s biggest stars attend.

11 movie studios are offering sneak peaks of upcoming movies including “Superfly,” “Holmes & Watson,” "Venom," and “Once Upon A Time In Hollywood."