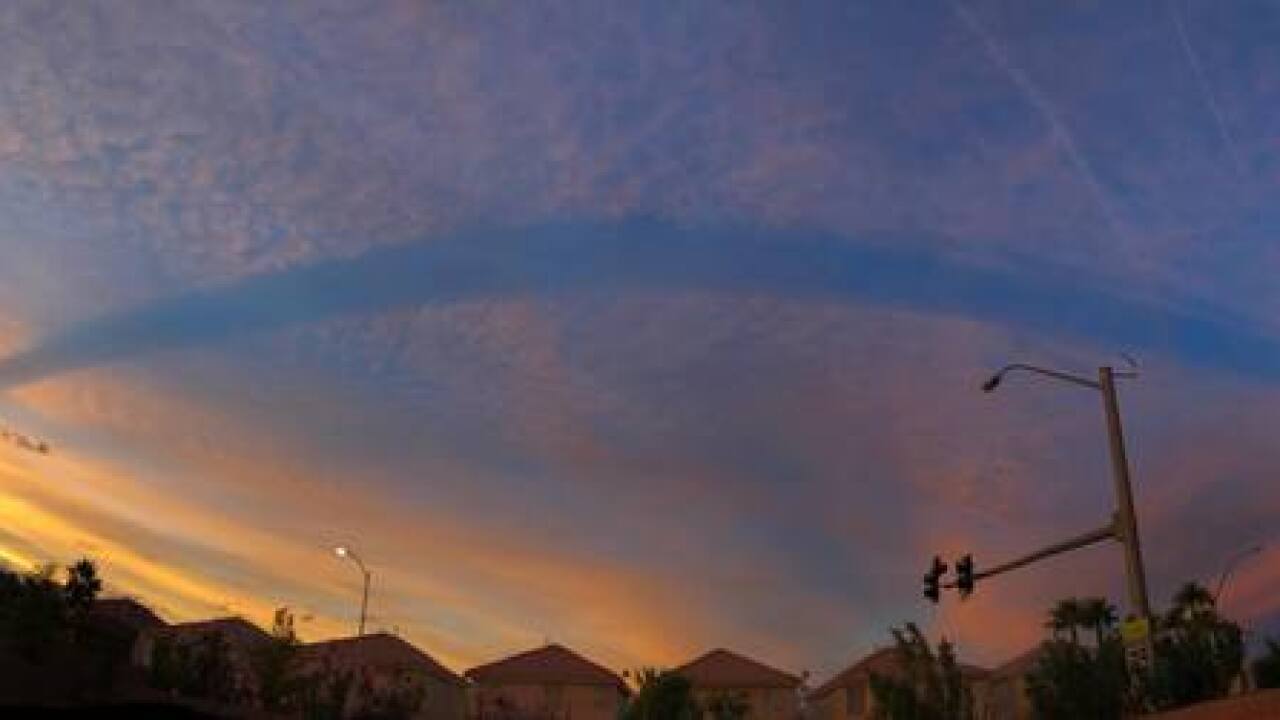 Copyright 2018 Scripps Media, Inc. All rights reserved. This material may not be published, broadcast, rewritten, or redistributed.
<p>KERI REYNOLDS</p>

A beautiful and unusual sunset surprised many of those who were gathered at the Las Vegas Healing Garden on the one-year anniversary of the mass shooting that claimed 58 lives and injured hundreds more.

Even Mayor Carolyn Goodman, who was waiting for the dedication ceremony, encouraged the gathered crowd to turn around and look at the sky.

PHOTOS: Amazing sunset on 1 October taken as a sign

Las Vegas is known for its sunsets and sunrises. It is not unusual for the sky to turn a variety of colors, accompanied by fabulous cloud formations.

But this one was special. Many people gathered at the memorial garden could be heard saying that it was some sort of sign from above, maybe even from the 58 angels.

They weren’t the only ones. Other people around the Las Vegas valley were able to see an arc in the sky and described it as a bridge or pathway for the souls of the 58 people who were killed on Oct. 1, 2017 — a way for them to finally go home.