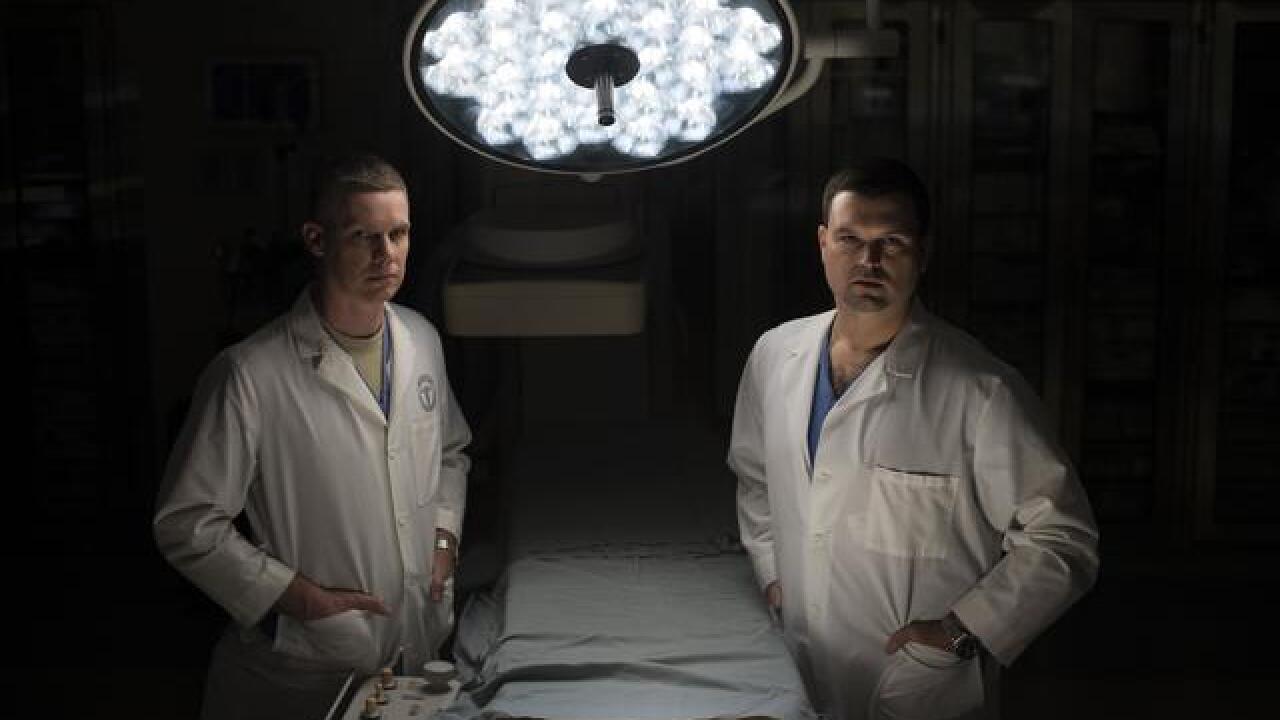 Stories of the heroes who helped the victims and families impacted by a horrific shooting that shook Las Vegas this week continue to surface, showing the amazing response by so many everyday people.

First responders worked alongside people just looking to help in any way possible - both at the scene of the shooting and in the hospitals ferrying in scores of victims.

Including are the trauma teams who worked feverishly to save as many as they could. Air Force and civilian surgeons worked through the night to treat patients on the operating table and in their hospital rooms.

"Within two hours after the incident, all the resuscitation bays were full and six patients were being operated on by trauma surgeons," Maj. Charles Chesnut, a general surgeon assigned to the 99th Medical Group, Nellis Air Force Base, recalled in a Nellis Air Force release. "Everyone worked together taking care of these patients to do some good in the face of evil."

"We held their hands as they charged their cellphones, so they could reach out to family members, who feared for their lives," Chesnut said.

Col. Brandon Snook, a surgeon also assigned to the 99th Medical Group, said days like Sunda are the toughest ones, but also reveal some of the greatest stories of hope.

Chestnut said the acts of bravery and compassion seen Sunday will outshine the horrific events that prompted the response.

"The acts of one person aren't the acts of many," said Chesnut. "That one man did terrible things to almost 600 people, but as we've seen in the days following, hundreds of people have done amazing things to recover."