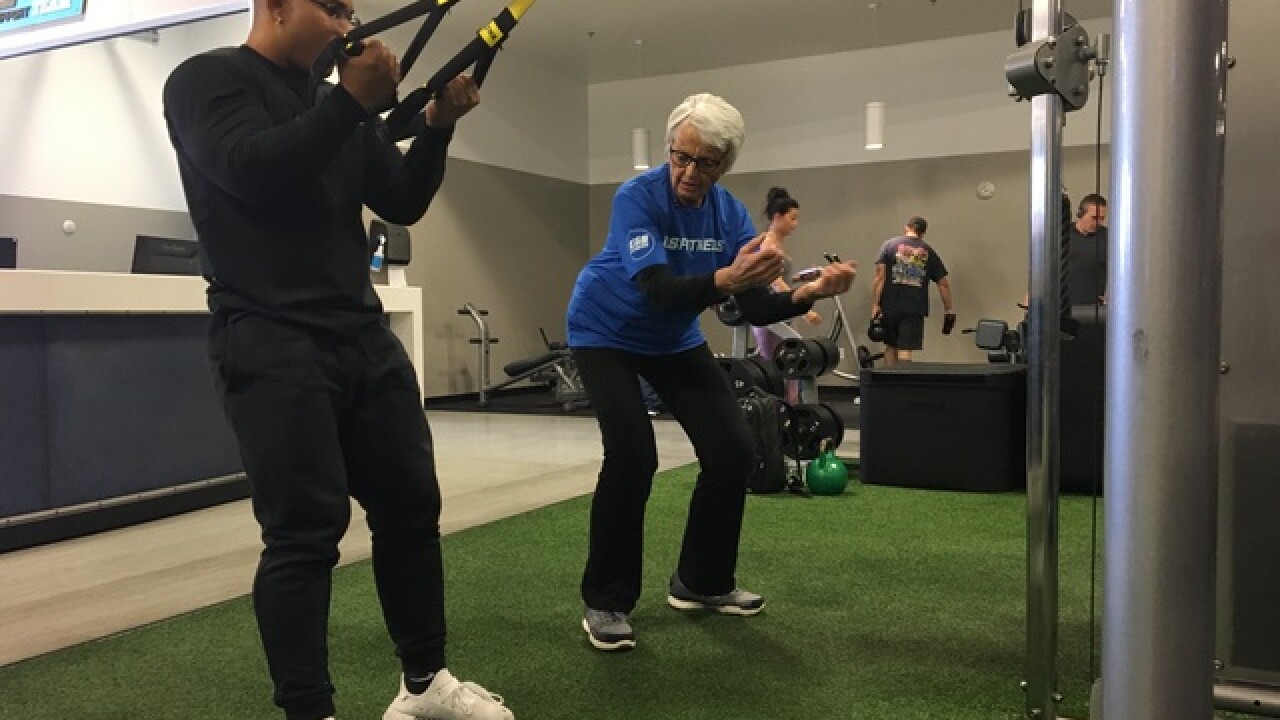 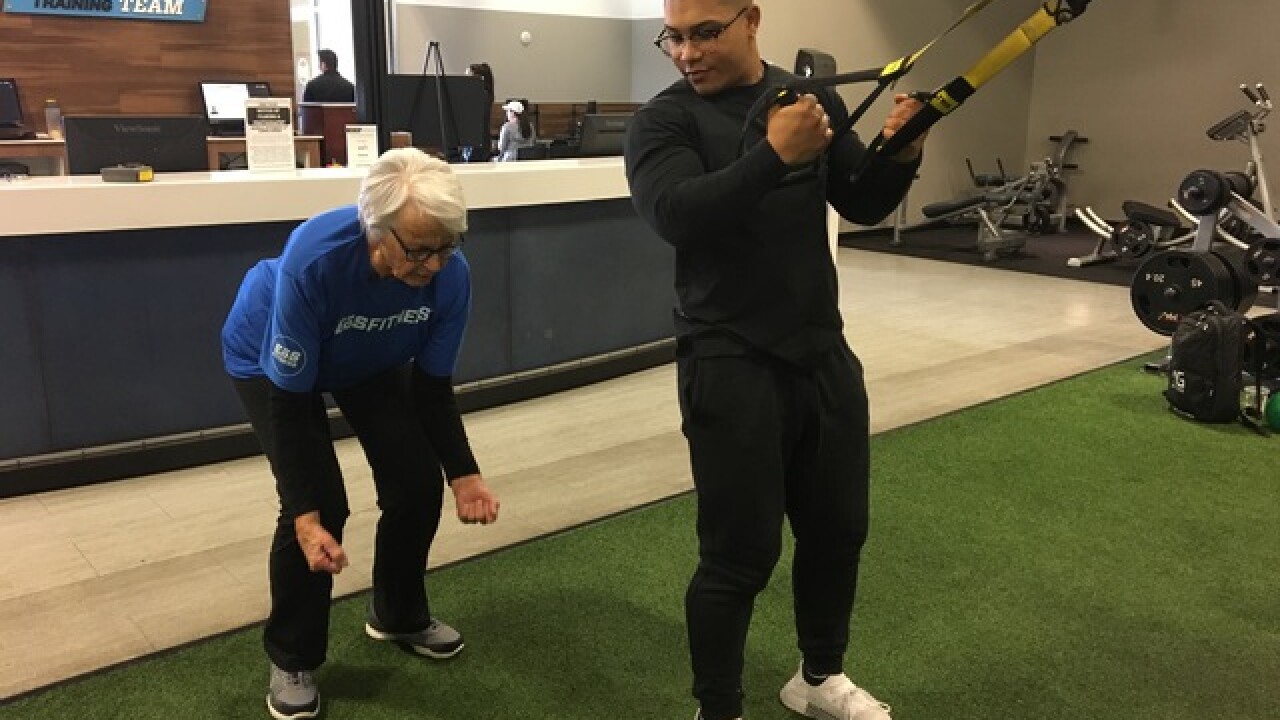 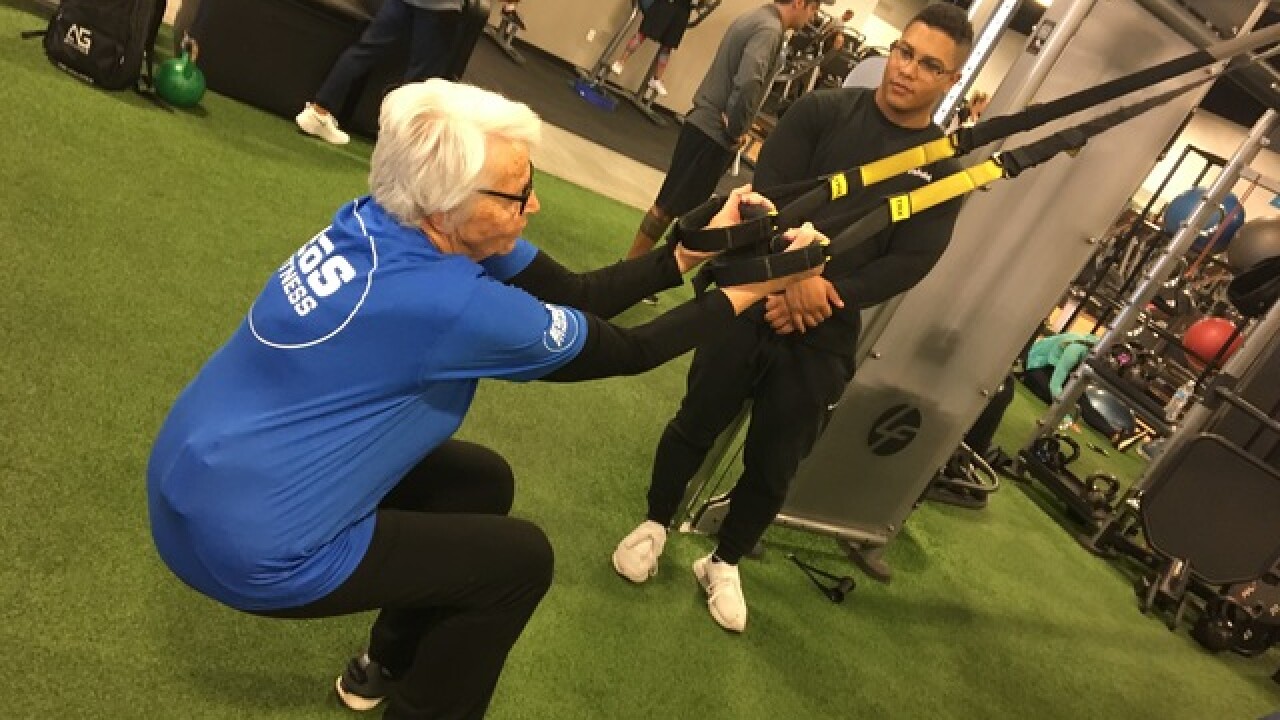 An 86-year-old five-time Olympian Olga Connolly is now a wellness coach in Las Vegas as she trains clients at EOS Fitness.

Connolly is not one to dwell on her past.

"I want to talk about the present," Connolly said.

But to understand her present, you first have to look at her past, which was pretty spectacular.

In 1956, at the Olympic Games in Melbourne, Australia, Olga won gold in the discus throw. Despite Cold War warnings against associating with Westerners - especially Americans - she met and fell in love with American hammer thrower Hal Connolly.

After the Olympics - where Hal also won gold - they traveled to Prague to get married and moved to the United States.

Olga ended up competing in four more Olympic games as an American. She said winning gold in Melbourne changed the direction of her life.

"It's like having a moment, a moment that you're on top of the victory stand and it's your moment," Connolly said. "It's just special and you feel like from now on you have to pay back all the attention you're getting."

Connolly also said since her Olympic victory, she has dedicated her life to improving the health and wellness of others. Now, at 86 years old, she's working as a personal trainer and wellness coach at EOS Fitness on in the west part of town.

"You can see how people grow and their youthfulness comes through," said Connolly.

Connolly is beloved at the gym and still accepting new clients.

"She has so much experience and knowledge that everybody kind of looks up to her and all our trainers look up to her," said Eric McCaulay, VP of Operations for EOS Fitness. "She's a legend with us as well."