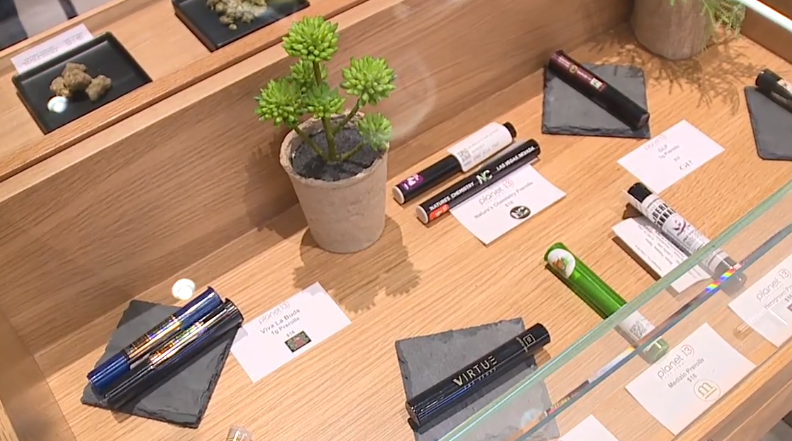 April 20, the unofficial marijuana holiday, has come and gone but Nevada's marijuana industry is taking off ever since recreational marijuana sales began almost two years ago.

LAS VEGAS (KTNV) — April 20, the unofficial marijuana holiday, has come and gone but Nevada's marijuana industry is taking off ever since recreational marijuana sales began almost two years ago.

Planet 13 Las Vegas is billed as the world's largest dispensary.

While the beginnings of the 420 phenomenon may be fuzzy, the once counterculture cannabis celebration is now a widely-accepted unofficial pot holiday with high-end strains and fancy products replacing black market weed.

Priscilla Vilchis is CEO of Premium Produce. She and her team stayed busy at Planet 13 on April 20 promoting their cannabis line Reina.

"Marijuana is the new multibillion dollar industry, and it's here to stay. It's probably going to be bigger than tobacco or alcohol," Vilchis said.

Recreational pot sales lit up Nevada dispensary registers for the first time in July 2017. Several tourists visiting Las Vegas from out of state said they believe legalization will be the trend.

"I think it's a big moneymaker. I don't know why it's not legal," said Mallory Rosales, a Phoenix resident.

Ernesto Garcia from Nebraska said one argument for legalization elsewhere is taxation.

"In my opinion, all the money, how much they pay for in taxes," Garcia said.

The marijuana industry last year brought in more than half a billion bucks in taxable revenue to the Silver State.

"We're really 'canna-tourism' blow up here," said Farris. "We're already noticing people coming from out of state and out of country to experience 420 in Las Vegas," Farris said, adding that many times tourists will arrive in Las Vegas and head straight to the dispensary.

A Gallup poll reveals that two-thirds of Americans now favor legalization, but pot is still a cloudy issue overall. The federal government views marijuana as a Schedule I drug under the U.S. Controlled Substances Act. As a result, most banks are wary to do business with cannabis-related companies, but the United States Congress is now looking at more "420-friendly" banking laws.