3 recovering after dog attack at A Home 4 Spot

The founder of "A Home For Spot" and two volunteers were mauled Friday night. 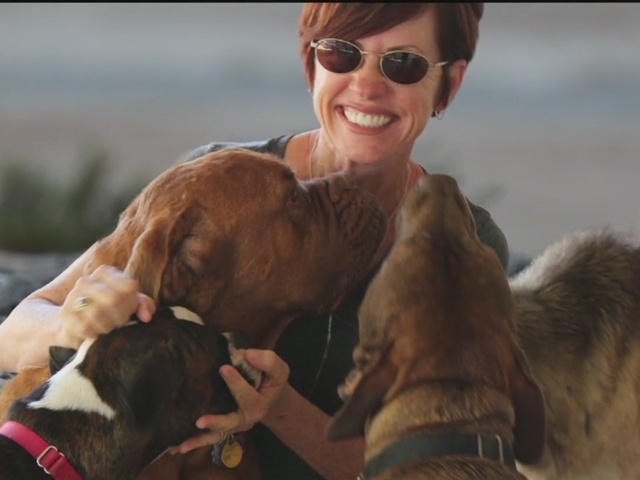 UPDATE: Representatives from the city of Las Vegas say the dog was a pit bull mix and is being evaluated at the Animal Foundation.

Diana England is the founder of A Home 4 Spot who was attacked. Her sister, Vicky, says she is in the hospital making good progress with her recovery.

"It's very, very emotional," Vicky England said. "The toughest thing was calling my parents and having to get them down separately."

England says Diana can't wait to get back to working with rescue dogs despite this setback.

Something could trigger a dog's primal nature without warning, regardless of the breed.

"It can happen with any breed, any dog, all the way from a pit bull to a Labrador retriever can experience any type of stress," said Joe Orlando, the president of Working K9 Rescue, another rescue organization.

LAS VEGAS (KTNV) -- The founder and two volunteers for a dog rescue organization are recovering after being attacked by a dog at the shelter Friday.

A Home 4 Spot's lawyer told 13 Action News that the dog who mauled the founder and volunteers is going to be euthanized.

The three hurt are in the hospital but are expected to be OK.

Stephanie Meyer, a member of the Board of Directors said the dog has never shown reason for concern and the volunteers were in shock after the attack.

"They can't speak to us so we do the best we can by them and we try to guide them the best we can but at the end of they day, they're free will and we have no idea what triggered it," Meyer said.

.@AHome4Spot volunteer tells me dog that mauled shelter director & 2 other volunteers has been euthanized. @KTNV

A Home 4 Spot's Board of Directors released a statement Sunday.

"Our founder, Diana, appreciates the outpouring of support. Please understand that instances like this are part of the dog rescue business. We will move forward with our commitment to saving dogs, and would like to inform the public the ah4s is still up and running."