2 adults, 2 dogs displaced on hottest day of the year

The son of the couple who lost their home Thursday afternoon said he hoped his family's loss will bring more awareness about the lack of fire hydrants in some areas of Clark County. 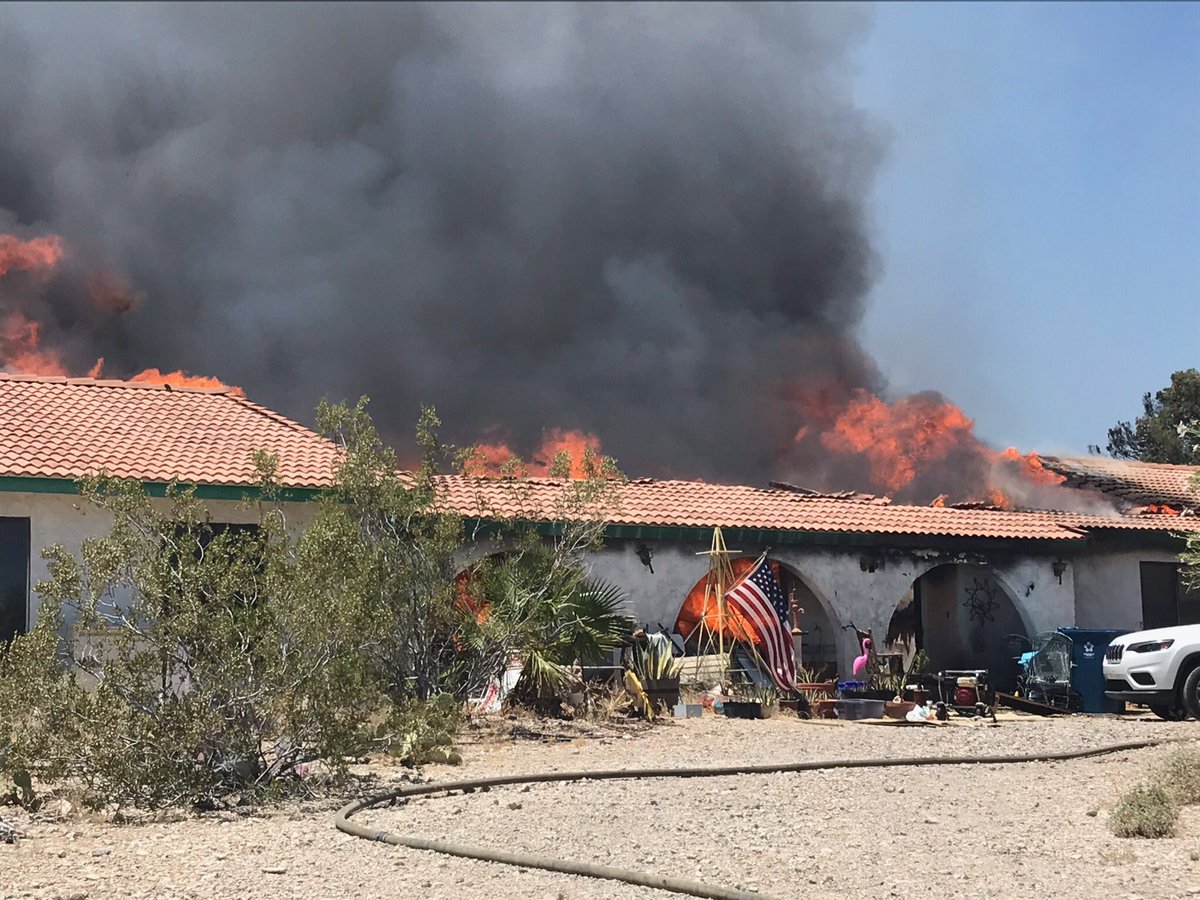 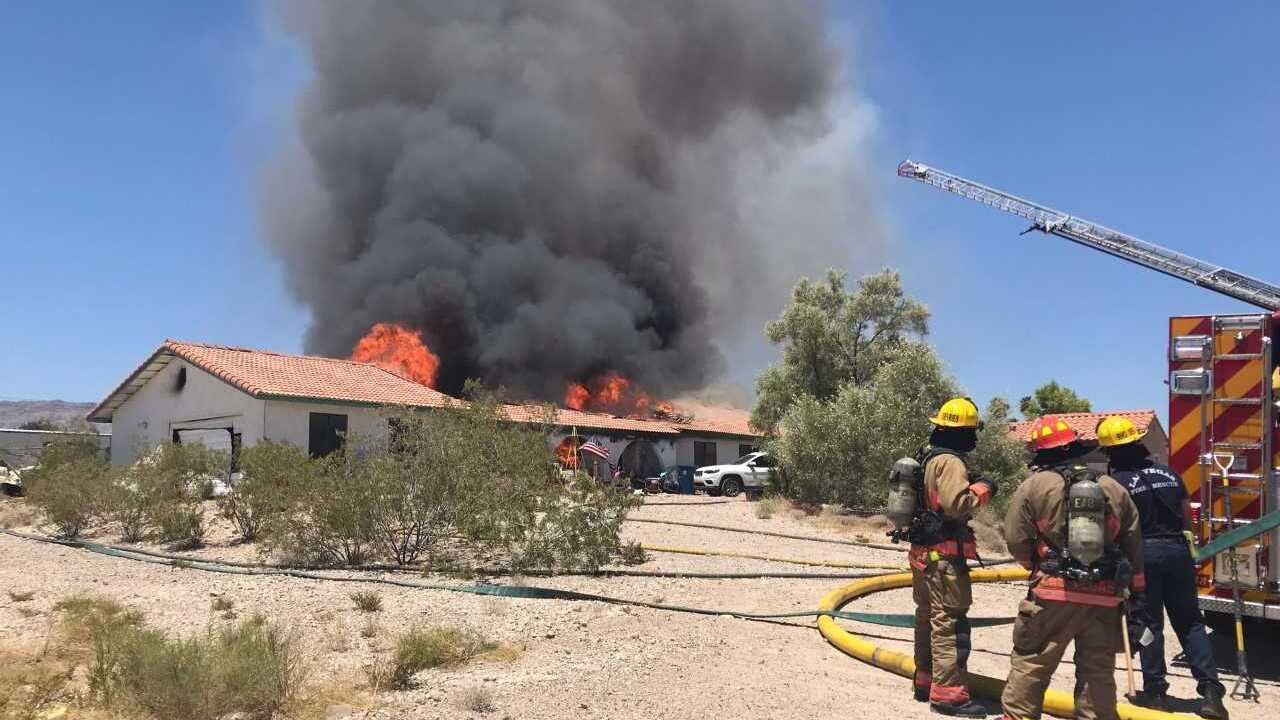 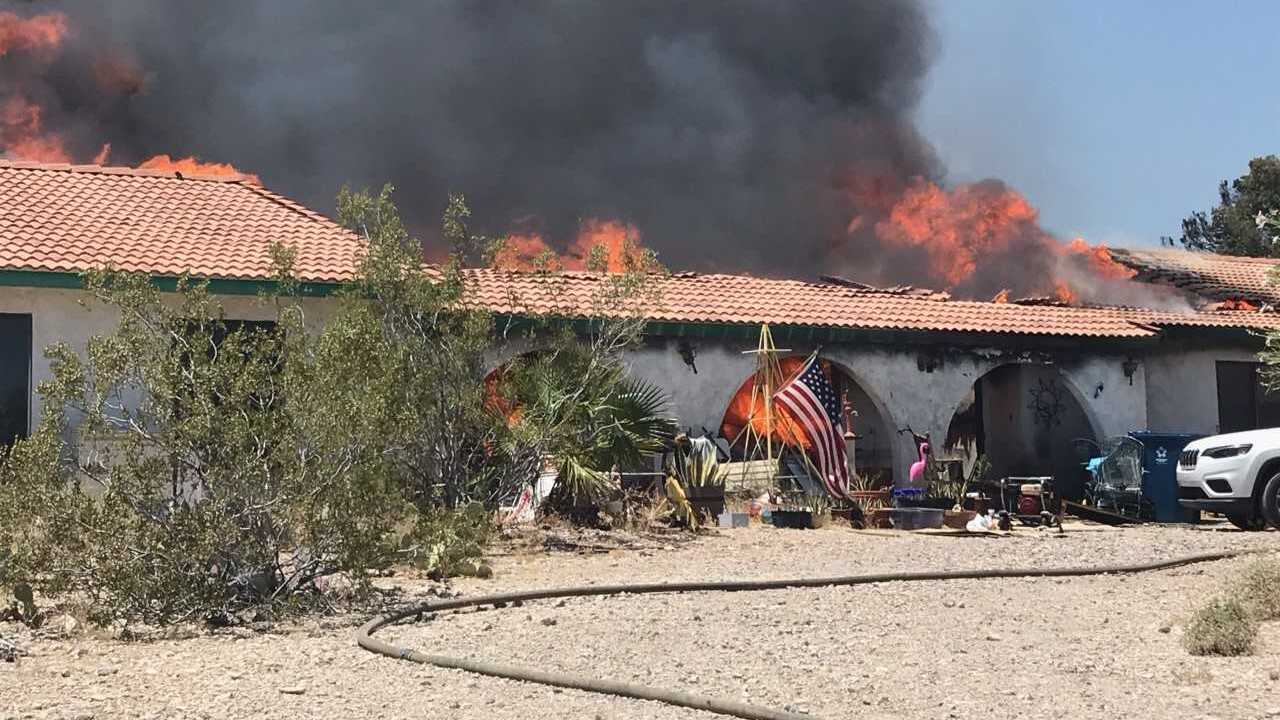 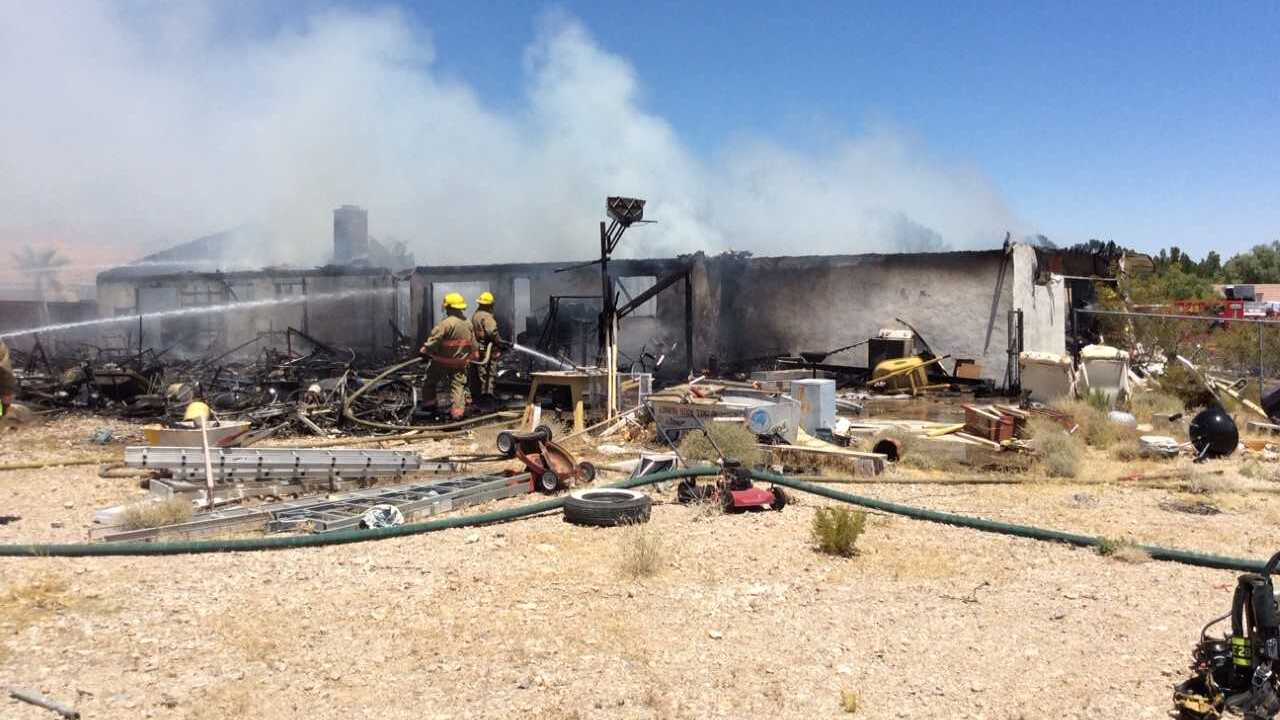 LAS VEGAS (KTNV) — UPDATE JULY 12: The son of the couple who lost their home Thursday afternoon said he hoped his family's loss will bring more awareness about the lack of fire hydrants in some areas of Clark County.

Shane Snyder said his parents had lived in the home since the 90s and had no idea that getting water to the home during the fire would prove to be such a challenge.

"There needs to be fire hydrant near those houses. Those houses have been there forever," said Snyder. " They are right by the 215 freeway. It's a modern area with a modern freeway with no fire hydrants. It just makes no sense at all."

PREVIOUS STORY: Fire officials are calling a home in the northwest valley a complete loss after a house fire ripped through it on Thursday afternoon.

“My first thought is, ‘oh my goodness, they’re losing everything,” said Marilee Burton, as she watched helplessly while her neighbors’ home burned to the ground.

When Burton saw the flames and smelled the smoke, she knew the older couple living in the home had lost everything.

“It was huge. The flames, the smoke, it was huge,” said Burton.

Fire officials say they got the call about the fire on Fort Apache Road near Lone Mountain Road around 12:30 p.m. When 13 Action New's crew got there around 1:30 p.m., it was still burning and continued smoldering and smoking for hours.

“The fire was pretty intense. There was limited water in the area. This is because this is a rural area so we were playing catch-up,” said Tim Szymanski with Las Vegas Fire & Rescue.

Besides battling extreme heat and high winds, firefighters say the lack of hydrants in the area made it hard to douse the home with water.

“This is a rural area that’s been here for many years, so the fire hydrants were paced far and few between and that was the thing of that era. As areas are developed, improved, they put in the fire hydrants. The developer, or whoever is developing the area puts those water mains in with the fire hydrants. That’s part of the procedure of what new subdivisions are building. Up until that time, it’s left the way it is," said Szymanski.

Burton tells 13 Action News if the county won’t consider adding hydrants in the area, neighbors may have to take matters into their own hands.

“It would be a good idea, even if the city doesn’t do anything, if we get together ourselves and get a fire hydrant out here to help protect this area. At least it would give us some more comfort that protection is there and close and it won’t take so much time to get to it,” said Burton.

Burton is hoping a hydrant could prevent other neighbors from losing what they can’t replace.

“It is devastating. There’s a lot of things people can’t replace. It’s wonderful to say that they got out, but there’s gonna be something deep in their heart that will stay with them forever,” said Burton.

Fire officials tell 13 Action News no one was hurt in this fire. They say the couple living in the home was already standing outside when firefighters arrived. Fire officials say the couple is blaming a faulty stove that was supposed to be replaced the same day for starting the fire, but county investigators are still investigating the official cause.