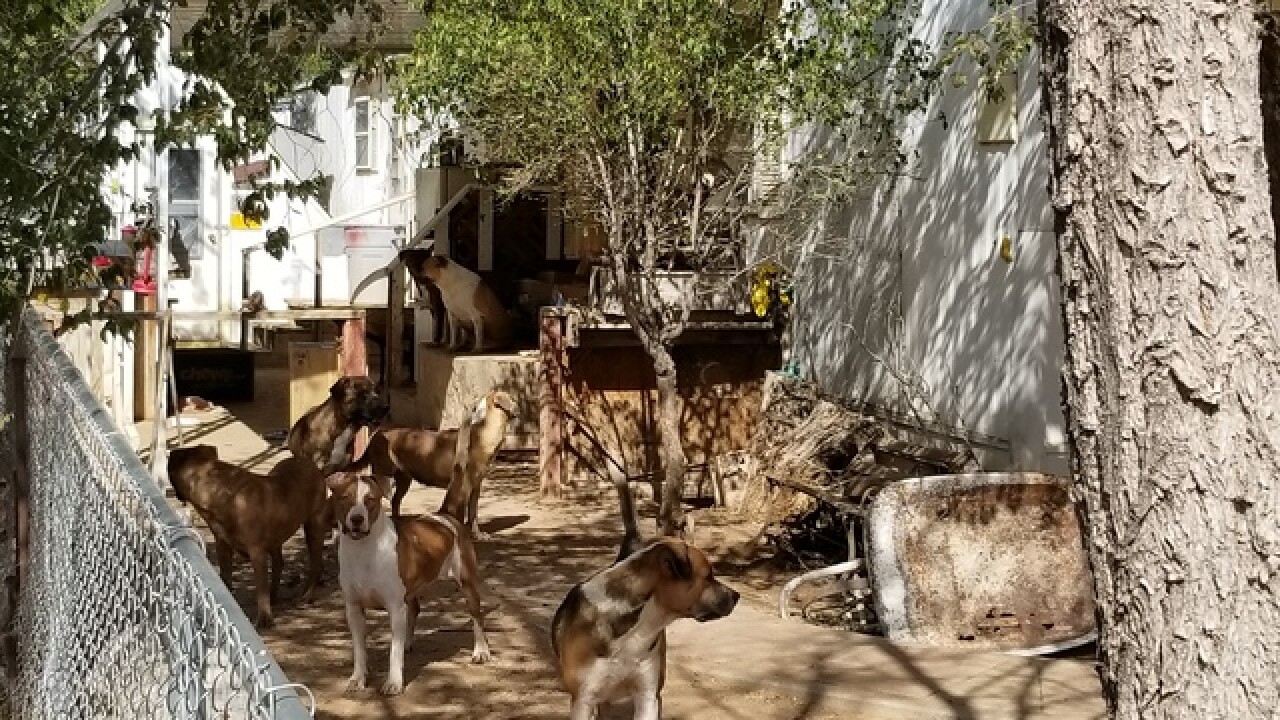 The Mohave County Sheriff's Office removed 17 dogs from a home in Kingman Monday.

Animal Control Officers received a phone call from a concerned citizen about an animal problem. The reporting party advised a house near her child’s bus stop had a number of dogs that were getting out and was concerned for the children in the neighborhood.

He requested the assistance of Animal Control Officers to trap the dogs so they could be taken to a shelter. A total of 17 dogs of various breeds and ages were successfully and safely removed from the property and transported to a local shelter.