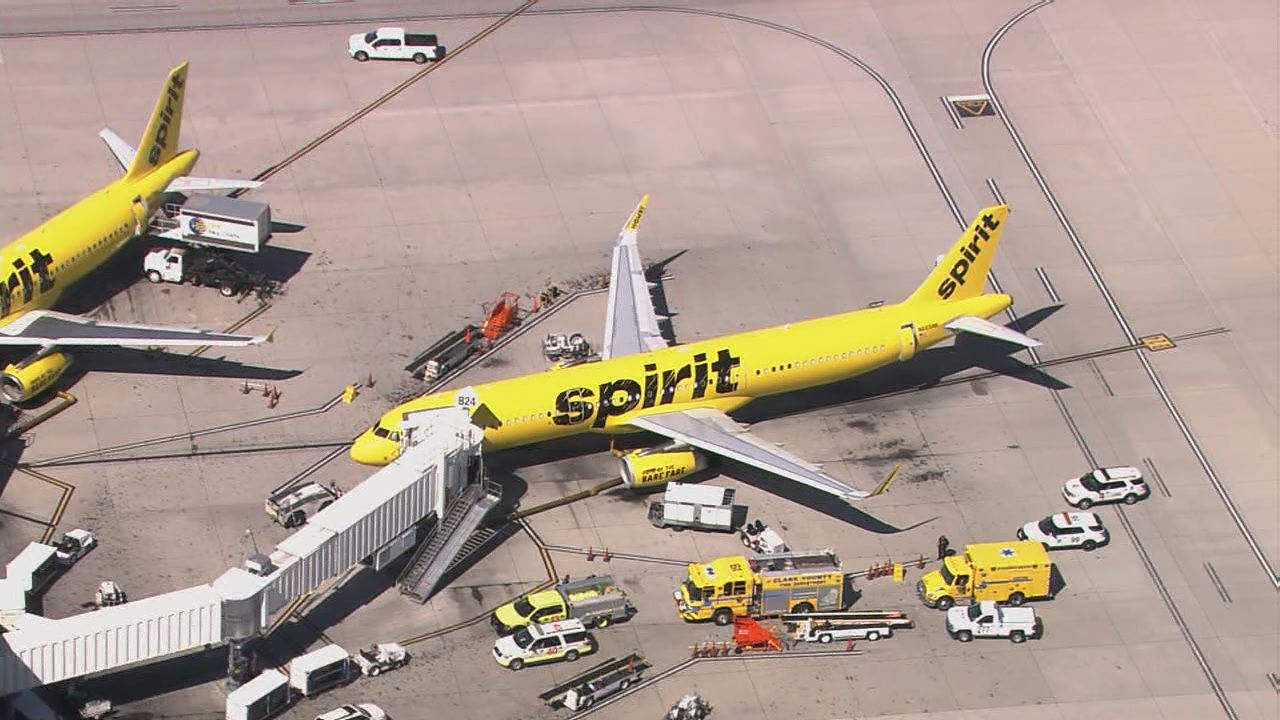 McCarran Airport says 15 people have requested medical attention after feeling ill from fumes on a Spirit Airlines flight. This is the third incident in just a little over three weeks where passengers have complained about "odor" on board a Spirit airplane. 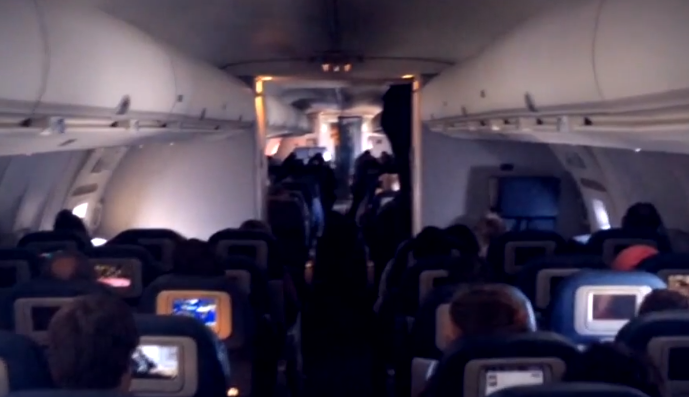 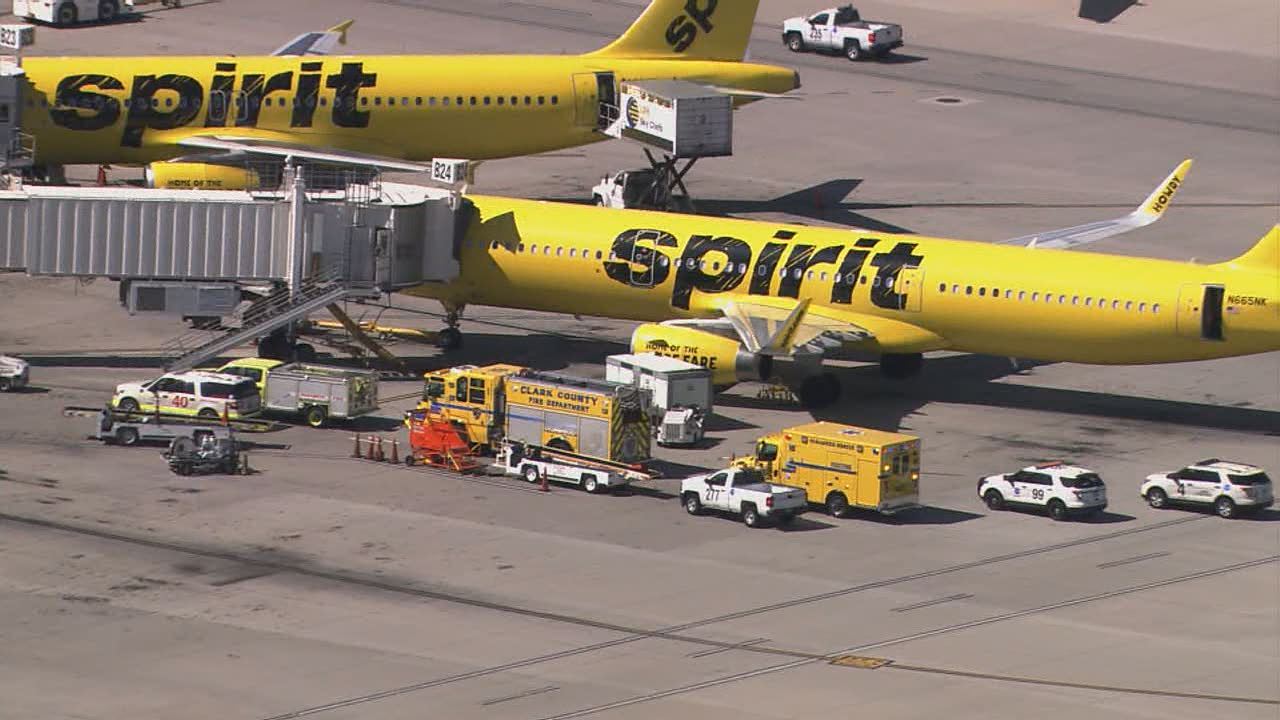 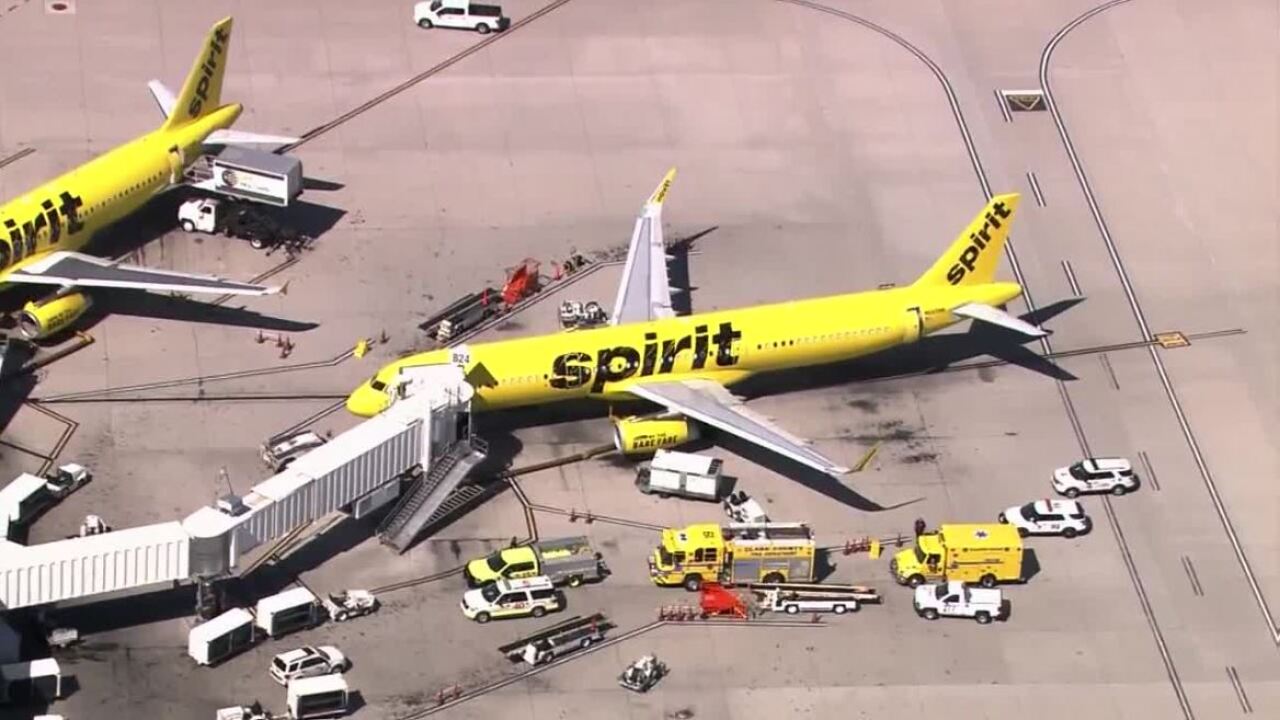 LAS VEGAS (KTNV) — McCarran Airport says 15 people have requested medical attention after feeling ill from fumes on a Spirit Airlines flight. 8 people, one passenger, six crew members and one medical responder, were taken to the hospital as a precaution.

Spirit Flight 170 was taxing on the runway about to depart for Minneapolis when passengers noticed a smell resembling oil on board.

Spirit responded to the incident saying:

The door was immediately opened and our Guests and Crew exited the aircraft. EMS assessed Guests at the gate, and one Guest elected to be transported to the hospital as a precaution. The aircraft in question has been taken out of service while our maintenance team inspects it. Safety is our top priority, and we apologize for the inconvenience. We are currently working to accommodate our Guests on other flights. Spirit is providing meal vouchers, full refunds, and future travel vouchers for the inconvenience.

There were 174 passengers and seven crew members on board.

This was the third incident in just a little over three weeks where passengers have complained about "odor" on board a Spirit airplane.

RELATED: Fumes in flight: Is there a health risk for airline crews and passengers?

A similar incident happened less than a week ago in Los Angeles. A strong smell in a cabin forced a spirit airlines flight to turn around shortly after takeoff and returned to LAX.

Dez Vargas is one of the passengers in that flight. "The captain came on over the intercom and said that we have to make a landing back to lax because some passengers are feeling nauseous due to a scent, and that they're doing the precautions to get scent out of the cabin."

One passenger on this flight was taken to the hospital.

Just a little over two weeks ago, another spirit airlines flight from Baltimore headed to Fort Lauderdale was forced to land due to an unknown odor.

7 crew members were taken to the hospital as a precaution.

We have reached out to Spirit airlines with additional questions. We're asking if this is the same plane or if there were three different planes involved in these cases and we also want to know if Spirit has determined the source of the odors.

So far, Spirit has not responded to our requests.