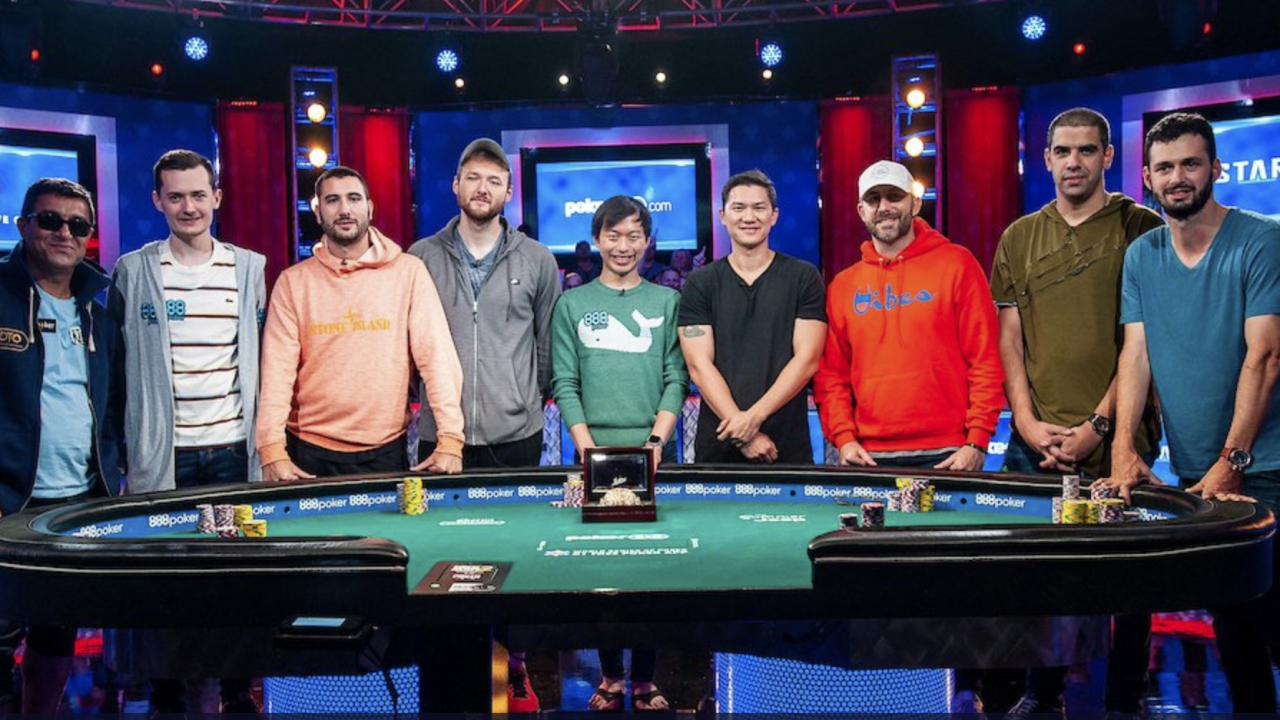 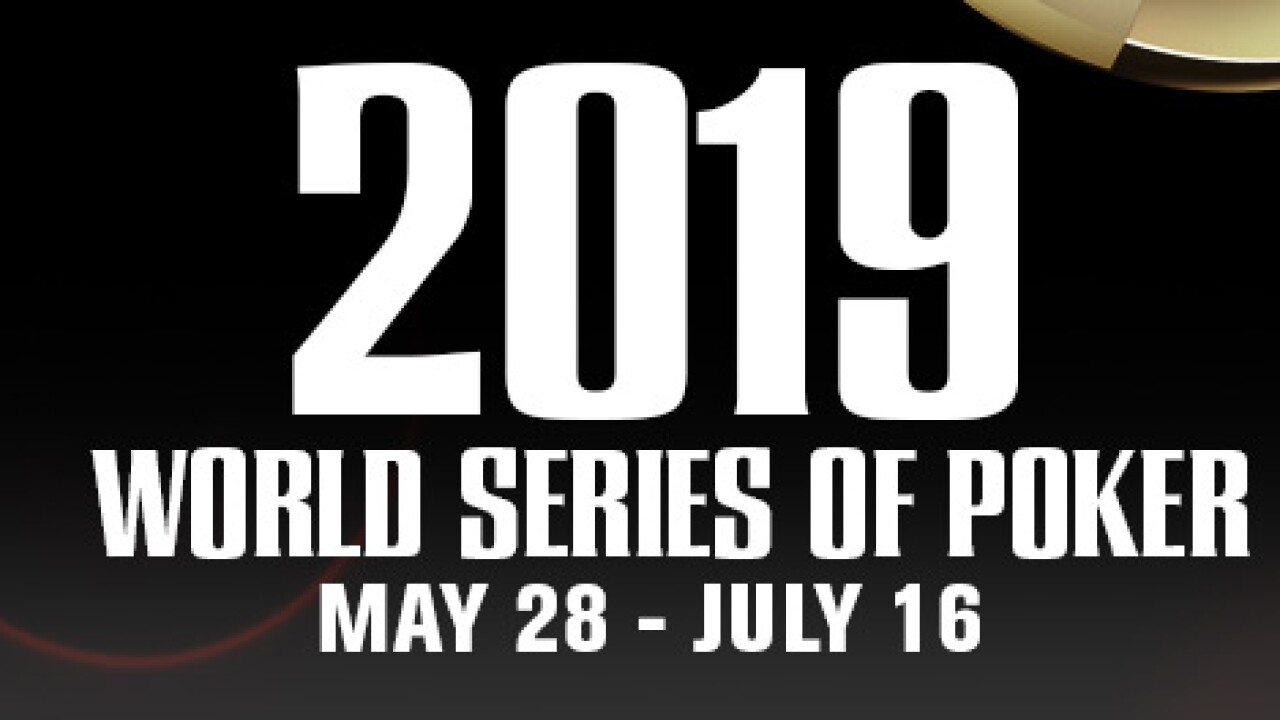 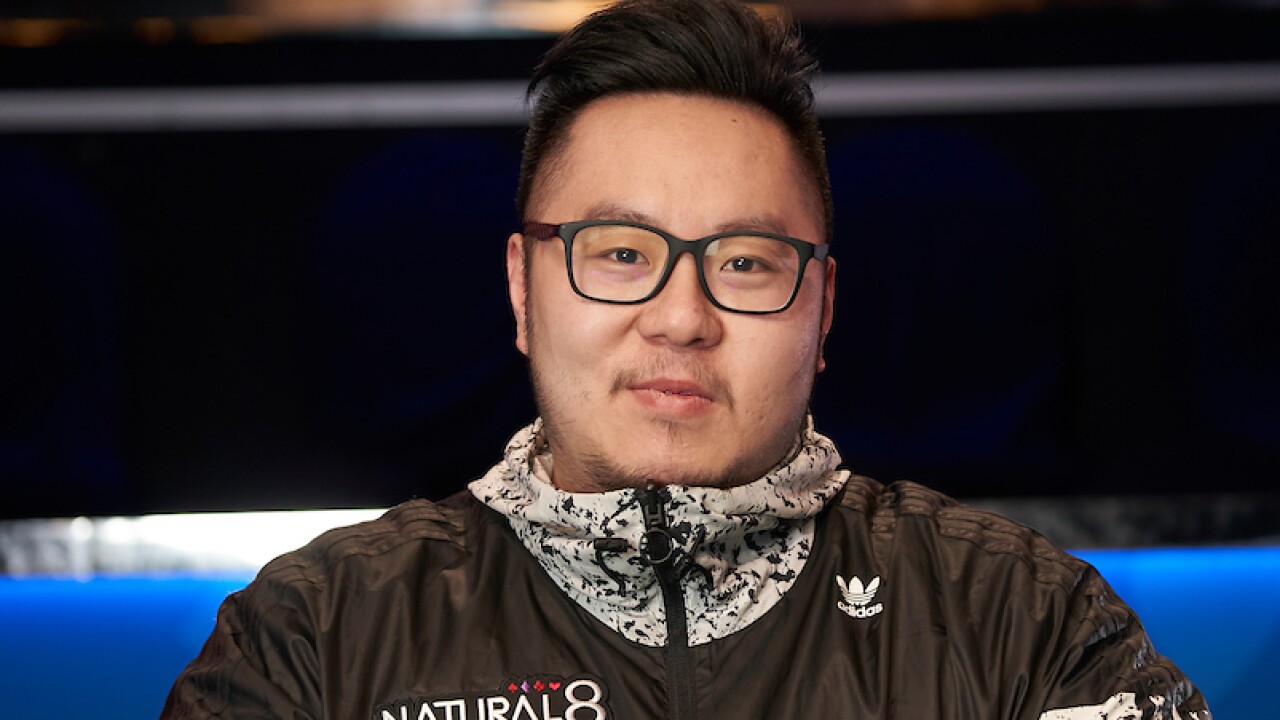 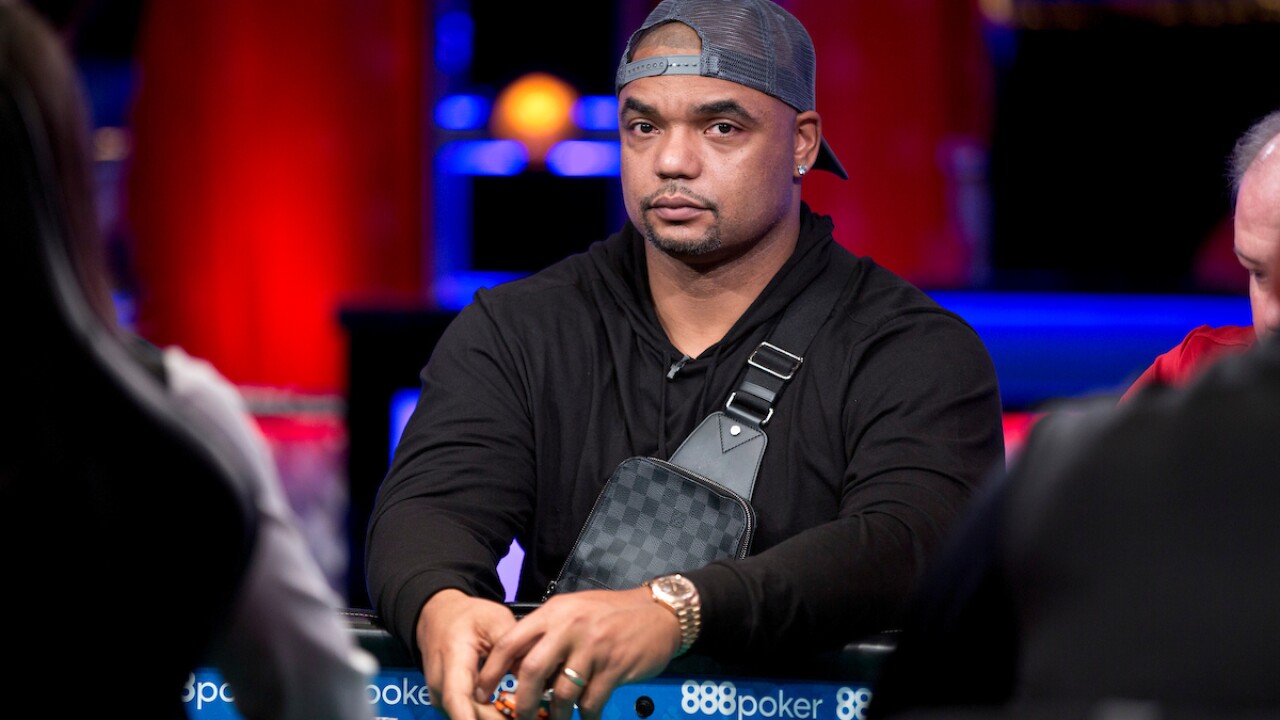 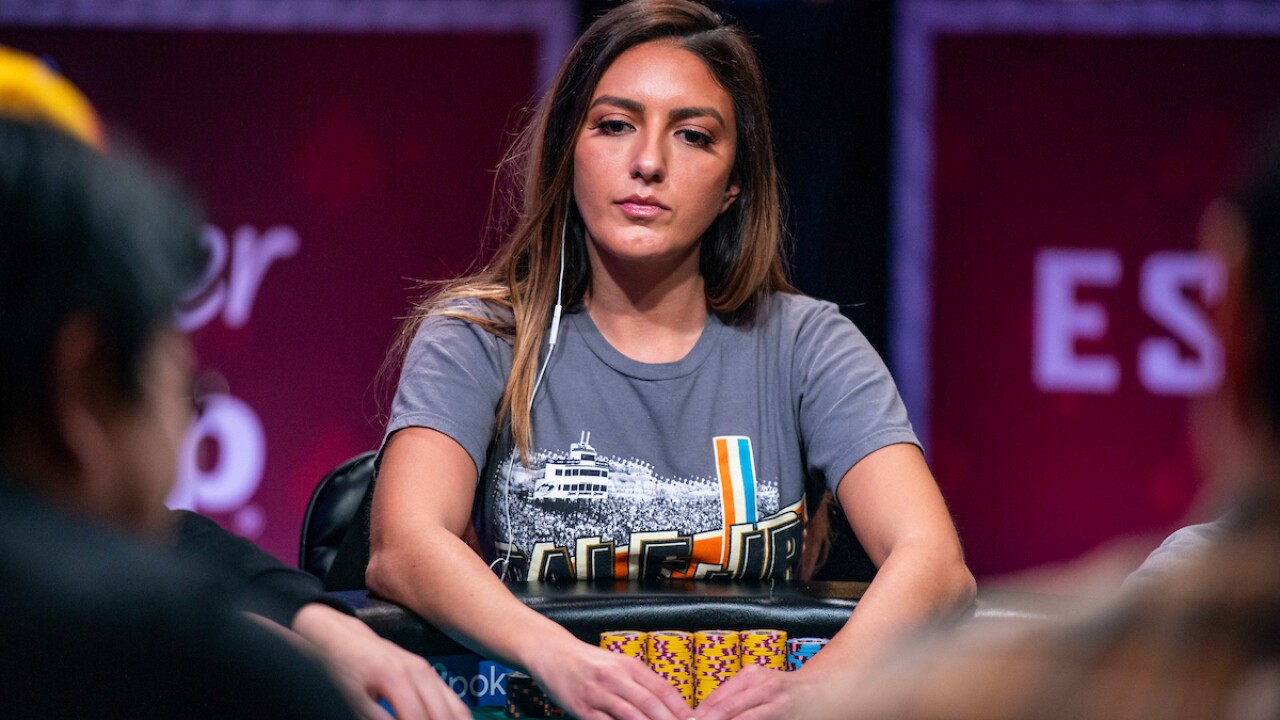 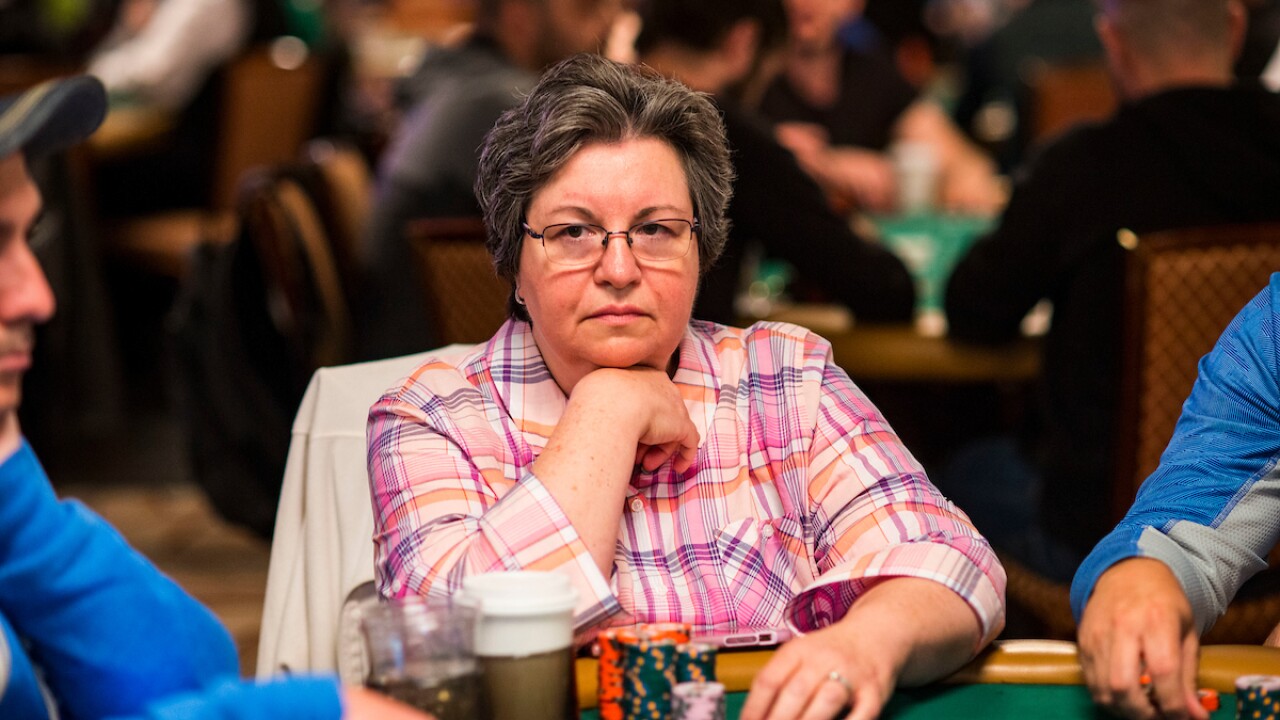 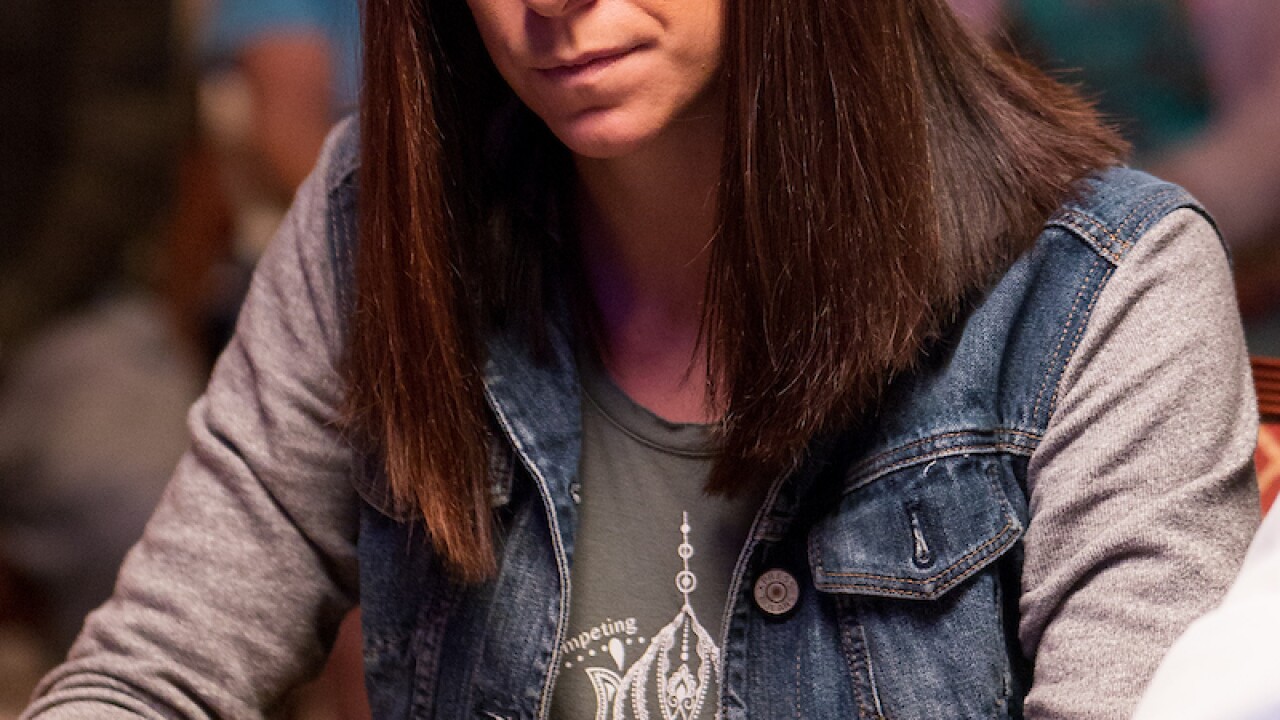 Ensan from Germany entered with a massive lead.

It took about 9 hours and 200 hands of poker before Ensan, who is originally from Iran, secured of the historic bracelet for the tournament, which is celebrating its 50th anniversary this year.

UPDATE JULY 16: Henderson resident and recreational player Garry Gates has finished in 4th place in the Main Event of the World Series of Poker.

Gates was eliminated after going all in against Canada's Alex Livingston. Regardless, Gates is now a millionaire as he takes home about $3 million for his efforts.

Hossein Ensan, who describes himself as a poker amateur, dominated the night once again. He is the runaway leader with more than 60 percent of the chips in play. The third player to survive the night was Italy's Dario Sammartino.

The winner of the World Series of Poker will walk away with $10 million. Play will resume with the final 3 at 5:30 p.m. Tuesday at the Rio hotel-casino. It will end when there is one man left.

UPDATE JULY 15: The Final Table at the World Series of Poker got underway Sunday night at the Rio hotel-casino in Las Vegas.

Henderson resident and 1 October survivor Garry Gates is currently in 2nd place with 171.7 million. Hossein Ensan from Germany is in the lead with 207.7 million in chips.

Two players were eliminated in the first hour of play -- Serbia's Milos Skrbic and software developer Timothy Su from Boston.

About 2 hours later, Nick Marchington from England was eliminated by chip leader Ensan.

Zhen Cai from Florida was the 4th player to be eliminated.

Play is scheduled to resume Monday night at 6:30 p.m. It will end after 2 players are knocked out.

The final 3 players will face off at 5:30 p.m. Tuesday and will continue playing until there is a winner.

UPDATE JULY 13: We now know who will be on the Final Table for the 2019 World Series of Poker.

The remaining 9 players are guaranteed to receive at least $1 million. The WSOP champion will receive a cool $10 million.

Play resumes Sunday and the full final table will be broadcast on @espn and ESPN2.https://t.co/hSx05U5XkP pic.twitter.com/29IxbAVMv6

There are 5 North Americans, including one player from Henderson, and 4 Europeans at the Final Table.

37-year-old Garry Gates was clearly a crowd favorite on Friday night at the Rio hotel-casino and on social media. Gates has worked in the industry for years. Formerly with PokerNews, he has helped run PokerStars’ live events and provided VIP services for the past 10 years.

Gates, who calls himself "GG The Rec," is a recreational player and plans to keep his day job, which sounds pretty cool, even if he does win the big prize, according to PokerStarsblog.com.

Of all the things that happened today, this was far and away my favorite: pic.twitter.com/cIJdtjIwIt

EPT champion Hossein Ensan has a huge lead and is the favorite heading into the final days of the tournament.

Ensan and Gates have separated themselves from the pack but things could have ended differently Friday night.

Italian Dario Sammartino fell behind during the final two tables It appears that a dealer miscounted a shove. Sammartino committed himself before the mistake was corrected and it cost him. He protested vigorously but the tournament supervisor ruled against him.

Sammartino called the hand “sick” but kept it together, according to WSOP.

The disrespect towards Dario Sammartino after the ruling was sick to see. Enforcing the rules is fine. Telling a player that they would've made the same decision, while facing a large bet (with more info), in the WORLDS BIGGEST POKER TOURNAMENT, is disgusting.

The Final Table was set at approximately 2:5 a.m. Saturday. The players will take the rest of the day off Saturday, getting some much needed rest before the Final Table begins.

Play at the Final Table will begin at 6:30 p.m. July 14 with an expected 3 days of play before the champion is crowned Tuesday night or Wednesday morning.

BONUS: Check out this hilarious Twitter thread by @GarryGates.

Chainsaw just got moved to my table in the Main Event. If you guys want, we can see how he looks in all the Snapchat filters? Lmk. pic.twitter.com/v8dZIOghD3

PREVIOUS STORY
Thirty-five players remain heading into Day 7 of the Main Event at the World Series of Poker and Day 7 will be the longest day yet.

Play is scheduled to begin at noon July 13 and will continue until there are only 9 players left for the Final Table.

Day 6 at the Rio hotel-casino saw the departure of high-stakes legend Sam Greenwood after he was bested by Timothy Su, a software developer and first-time WSOP player.

According to World Series of Poker, 21-year-old Marchington is also a first-timer in the Main Event and an online cash player by trade. If he wins the Main Event, he will be the youngest Main Event winner in the history of WSOP.

In other news, Tu 'Stephanie' Dao won the Ladies Event -- $3,000 Limit Hold'em 6-Handed, walking away with $132,189. It is the Canadian's first bracelet. She bested a field of 193 entries and defeated Alian Alinat to earn the bracelet.

ORIGINAL STORY
It is Day 6 of the Main Event of the 50th annual World Series of Poker at the Rio hotel-casino in Las Vegas and there are only 106 players left. A total of 248 players were eliminated on Day 5.

Play is expected to go until 2 a.m. today and the field is expected to end with the final three tables of players, each vying for the $10 million first place prize.

Three-time Super Bowl champion Richard Seymour competed in the Super Bowl of Poker Tournament. He only recently started playing poker and he just became the major professional athletewith the best finish ever in this tournament's 50-year history.

This year's Ladies Championship also saw a big increase in female players. There were 968 entrants, which is an 8-year hight and up 39% over 2018. The Main Event has seen a 39% increase in female participants over the last 5 years and up 16% for this year.

Danielle Andersen, Jacqueline Burkhart and Tara Chain were the top female finishers in this year's Main Event. Andersen finished in 301st place for $38,240. Burkhart finished 336th for $38,240 and Chain finished 219th place for $50,855.

The final 9 players in the Main Event will all walk away as millionaires.

Through 81 events (of 90) at this year’s WSOP at the Rio, here is where the key metrics stand: