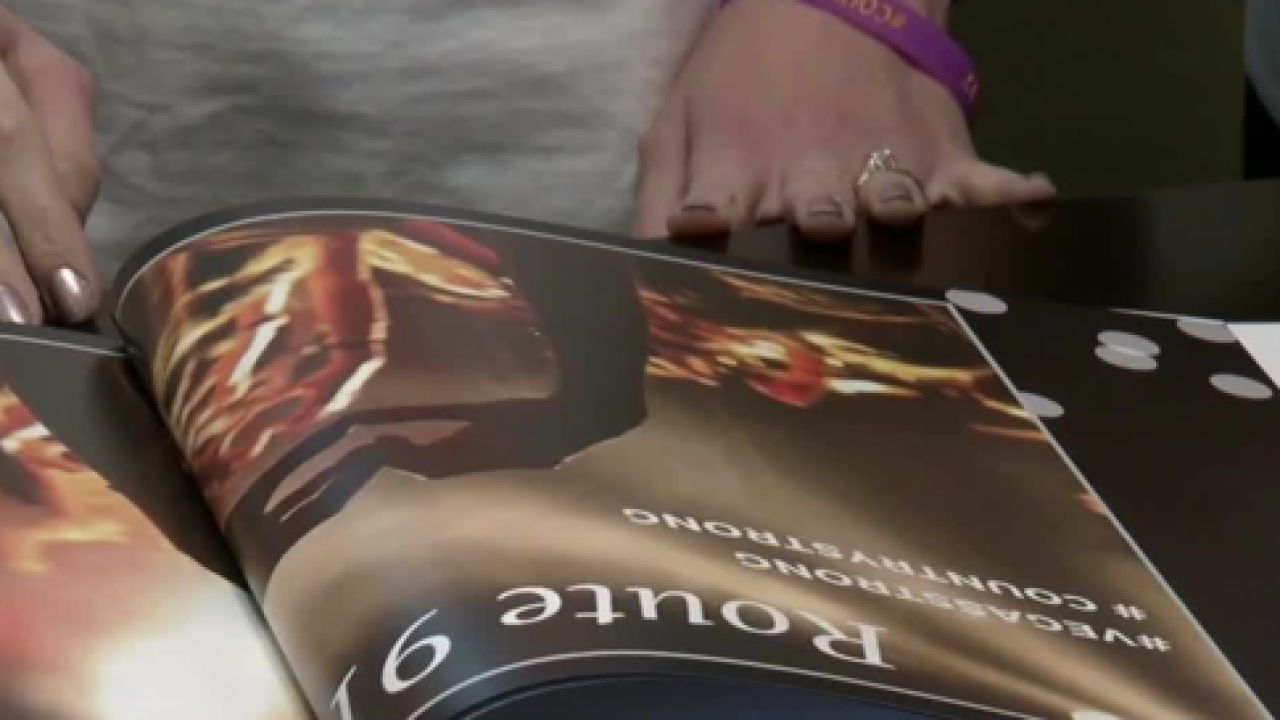 UPDATE MARCH 13: Singer Jason Aldean's wife has unofficially responded to a give from Route 91 survivors.

The group of survivors put together a 91-page book for the singer who was performing when Stephen Paddock opened fire on people gathered for the Route 91 Harvest Festival in Las Vegas.

Brittany Aldean's made an Instagram post about the book. She says the book brought her to tears.

A group of 1 October survivors is coming together to send a very special gift to Jason Aldean. Their goal is to use the gift to ask Aldean to come back to Las Vegas to finish his concert that was so tragically interrupted the night of the mass shooting.

Tiffany Thomas created a Facebook group called “58 Angels 1 Last Set." Survivors of 1 October quickly learned about the group and the online community chatted about their stories of that infamous night.

“After it happened, all I could think about was Jason Aldean,” said Thomas. “I kept thinking like he was up there, he was on that stage, he was singing for us.”

Through the Facebook group, Tiffany met another survivor named Gina McKin. The women came up with the idea to make a Shutterfly book to send to Aldean.

Gina took charge of the book and asked everyone to send their favorite pictures of the night before the shooting rang out.

The book ended up being 91 pages long to represent Route 91.

In the book, Gina dedicated different pages to victims and survivors. Some people wrote messages to Aldean.

The $300 book took months to finalize.

The group of women are sending the book to Aldean along with a few other special items.

They are using the gift to ask Jason Aldean to come back to Las Vegas and finish his set. Their idea is to open the concert up to survivors and victims and families of the victims.

“It would just be so bonding and so amazing and so emotional and I think so healing.”

13 Action News was in touch with Jason Aldean’s communications team about the book.

We were told they are excited to see the book but cannot officially comment on if Aldean will be back to perform just yet.

The women are putting the package in the mail this week.

“I hope that when he opens it, he just sees that we love him and that we know what he’s going through,” said Gina McKin.