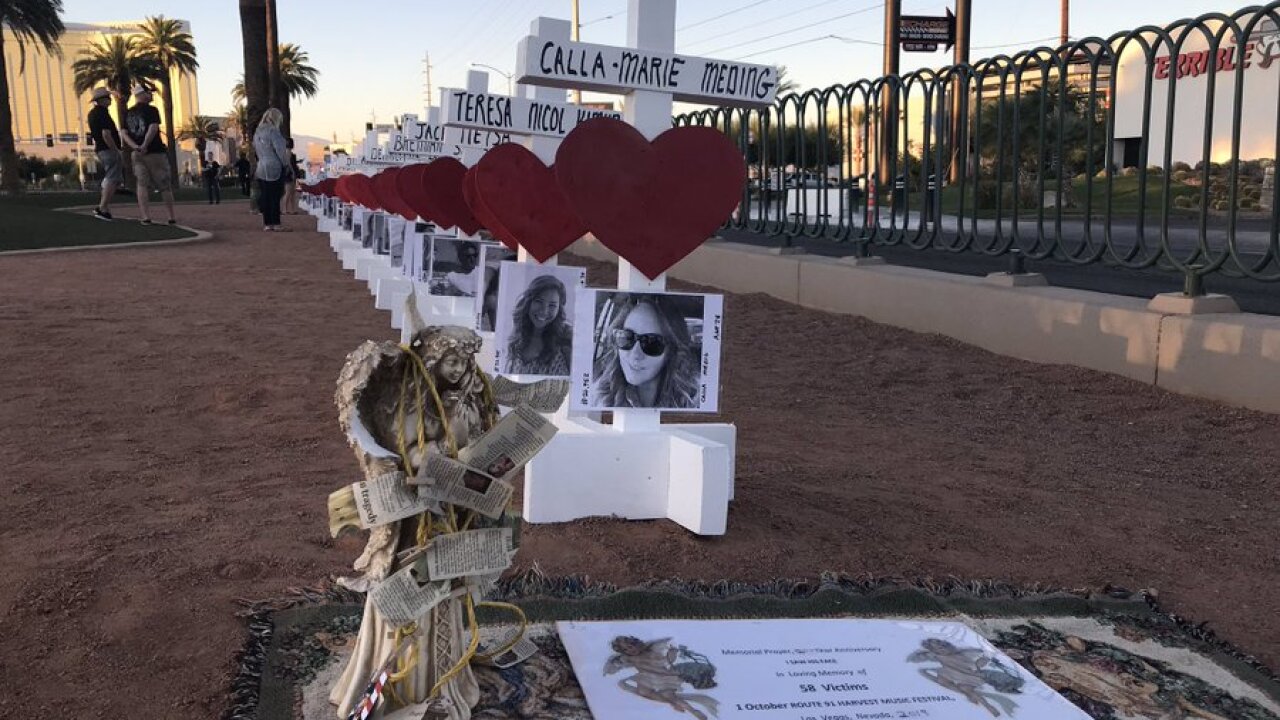 LAS VEGAS (KTNV) — For the second year, the 58 crosses honoring the 1 October victims are back at the Welcome to Las Vegas sign.

However, their placement is met with conflict from Clark County officials.

“They’re being honored right here at the greatest spot in the city,” says Greg Zanis, creator of the crosses.

“What I’m trying to do here today is show the victims that we love them,” says Zanis.

Zanis hand made each one with a cross, a picture and a heart. He drove them in from out of state Monday.

He says he does it out of the kindness of his heart, with the families of the victims in mind.

“When family members start calling you and I feel that’s who I’m doing this for, I didn’t say that I can afford to do it but I’m doing it because they asked me,” says Zanis.

It wasn’t just tourists at the sign Monday, survivors and locals were stopping by to pay their respects.

Robertson lost her own son to gun violence. She says his soul brings her here to comfort the families of those who paid the ultimate price at the Route 91 Festival.

“It just giving me a peacefulness, and its a joy to give back to a stranger and give the hug and love through my son, the loss of him,” says Robertson.

In a statement sent to 13 Action News, Clark County cites pedestrian safety issues, high traffic volume and limited parking as to why the Welcome to Las Vegas sign is not a good spot for the crosses. They say they made the same request last year to Zanis to not have them at the sign, but were placed anyway.

The crosses are set to be moved Tuesday morning to the Clark County Government Center.