13 Action News reporter Cinthia Maldonado tagged along with an AC tech to show you how to protect your AC during Las Vegas's summer. 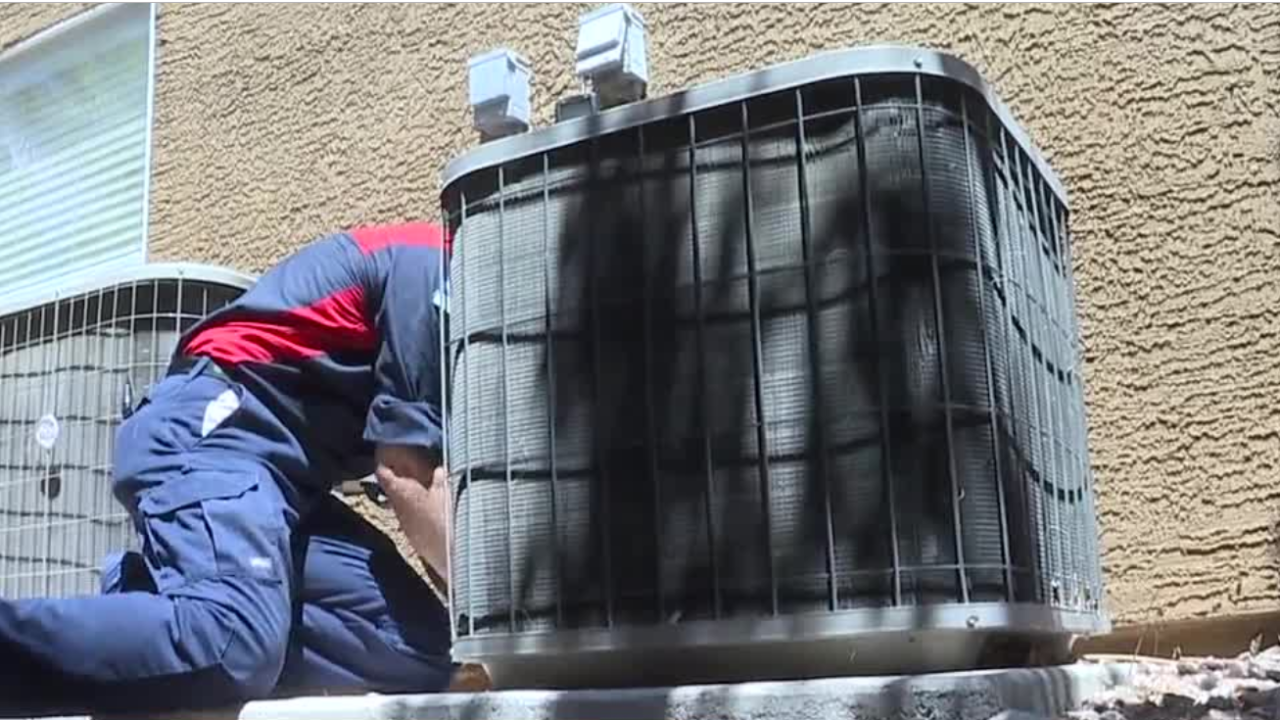 LAS VEGAS (KTNV) — Las Vegas topped out the weekend at 107 degrees and it’ll be a few more days until the valley cools down. The triple digit weather most likely has your air conditioner working extra hard to keep your home cool.

A local tech says a little bit of maintenance -- done on your end -- will go a long way, it’ll save you hundreds if not thousands of dollars.

13 Action News went on a-ride-along service call with Stephen Gamst. He is a senior technician at Goettl Air Conditioning and Plumbing.

"We have no cool [air flow] so the owner isn't getting any air conditioning," Gamst says as he prepares his tools for a repair service request in a Las Vegas home near West Flamingo Road and South Cimarron Road.

RELATED: Tips on keeping your home cool if your A/C goes out

"The first thing I’m going to do is check the power."

The bedrooms in Kevin Steelman’s home have very warm since the Fourth of July weekend. They're “so hot” Steelman prefers to hangout downstairs.

"You can definitely feel the heat! The difference when you step up those stairs, it's like a blanket goes over you," says Steelman.

Gamst says, broken or overheated motors and capacitors are the most common problems especially during the summer.

He also says most motors are found in the attic which are "extremely hot." He estimates Steelman’s attic temperature is about 130 degrees.

“Motors are like old cars. They can overheat,” Gamst says.

Goett Air Conditioning and Plumbing estimates that 70% of their repairs are done on A/C units which are outside, sitting in hot weather. Failure to keep up with minimal maintenance can result in more expensive repair costs.

"Have your system looked at, rejuvenated once a year. Don't mess with the thermostat too much. Don't go up down, up down. If you find a comfortable temperature just leave it there.”

To avoid your A/C from breaking during the scorching weather, Gamst recommends keeping the area trash-free that includes keeping bushes and scrubs away.

Steelman’s unit has wires sticking out, Gamst says that is a "safety hazard" and must get properly fixed.

After about 45 minutes of running tests, Gamst found a solution to Steelman’s problem. He says one of the motors in the attic was broken and that he was able to fix the same day.

As for Steelman, “I'm thinking this guy (Gamst) will be able to fix it," he told 13 Action News he will keep a better eye on his A/C unit moving forward.

If you are needing repairs, experts recommend requesting two to three estimates from different companies since repair prices and labor may vary.