Copyright 2018 Scripps Media, Inc. All rights reserved. This material may not be published, broadcast, rewritten, or redistributed.
Mary Stringini

Influenza is on the rise across the country, according to a new Centers for Disease Control and Prevention report.

So if you haven't gotten the flu shot yet, this map should give you a good reason: 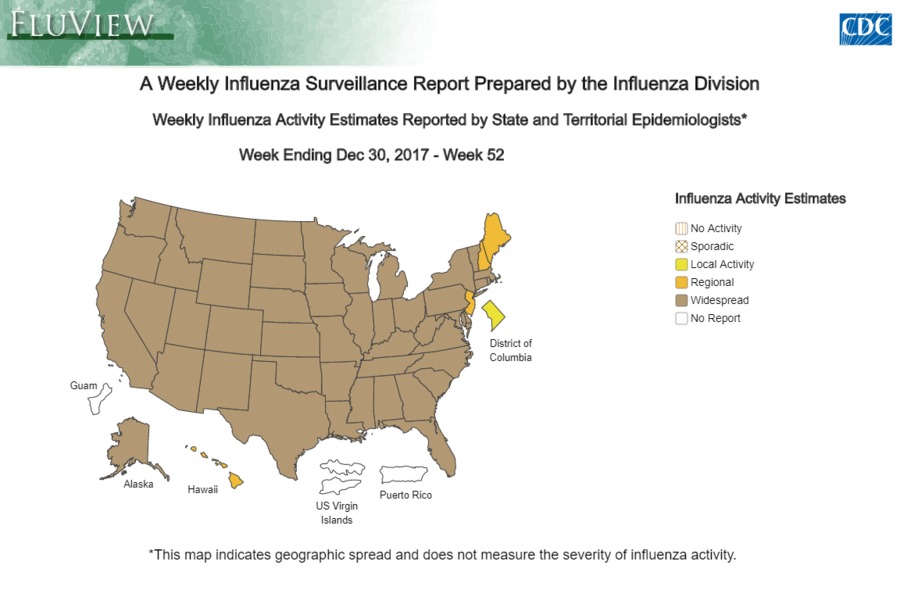 Although the CDC says that this year's flu vaccine has only been 10 percent effective, they say that the best bet for fighting the flu is to get a flu shot. Check with your physician, your county health department, or click here to find a list of locations to schedule your flu vaccine.

According to the CDC's definition, influenza (also known as the flu) is a contagious respiratory illness caused by flu viruses. It can cause mild to severe illness, and at times can lead to death. The flu is different from a cold. The flu usually comes on suddenly. People who have the flu often feel some or all of these symptoms:

* It’s important to note that not everyone with flu will have a fever.

Regional influenza activity was reported by Puerto Rico and 23 states:

Local influenza activity was reported by the District of Columbia and four states:

Guam, Puerto Rico and the U.S. Virgin Islands did not report.