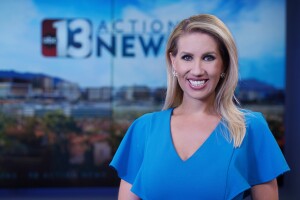 Marissa is excited to call Las Vegas home. Growing up only a short drive down the 15, she is looking forward to living so close to family.

Before she joined Channel 13 in August 2015, she spent two years in South Bend, Indiana where she was a reporter and anchor. During her time in the Midwest, she helped break the story of a prison break at Ionia Correctional Facility, and was also one of the first on scene during a 40 car pileup on the I-80 toll road.

Marissa loves that Jackie Kennedy once said "Being a reporter seems a ticket out to the world." During her journalism career, she has shared the red carpet with athletes like Colin Kaepernick, she has swapped out her heels for rain boots to trek through a flooded Mississippi River, and she has helped to rebuild homes after Mother Nature's wrath.