Las Vegas locals share how they are beating the heat

Beating the heat. Families are keeping cool in splash pads and play grounds as temps heat up. But as Nina Porciuncula reports, that sun makes everything hot so you need to be careful about what your kids touch. 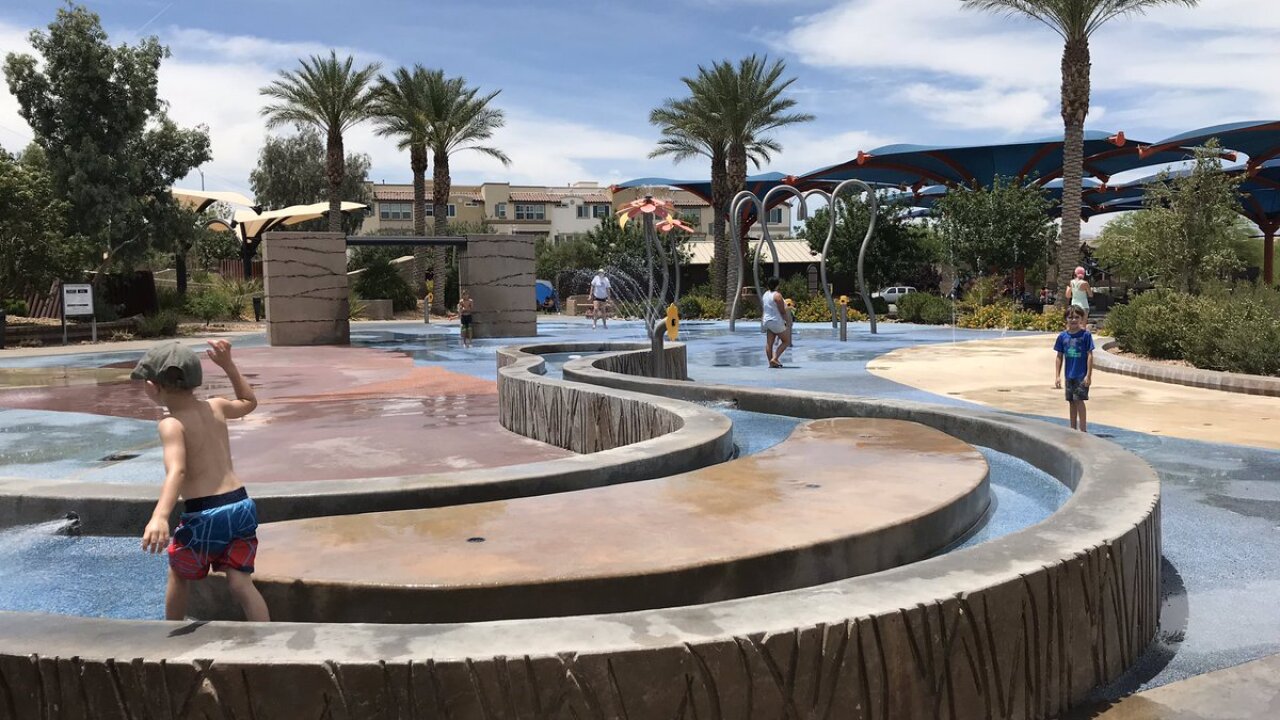 Families are keeping cool in splash pads and play grounds as temps heat up.

But that sun makes everything hot so you need to be careful about what your kids touch.

Kids are cooling off at a splash pad in Henderson but as kids get out of the pad, the concrete can burn their feet. That's one lesson some of them learned.

Torie Smith says, "She wanted to take her shoes off and she's not used to being outside with this type of heat so I let her take them off so she would learn real quick. And she did and we put it back on right away."

I used a heat meter to check the concrete's temperature at the time. It showed 131 degrees at high noon.

While Ray-Ray is still learning about what triple-digit temperatures are like, mom Torie grew up in the desert and is being extra cautious.

"Making sure that she's fully covered. I spray her body but put actual lotion on her face with a higher SPF just because her cheeks are more sensitive."

At times like these it's important to stay hydrated.

Grandma Gracie and Ari brought their own scooter to play with at the splash pad but this gets really hot too.

I checked the handle and it's about 116 degrees.

Grandma Gracie's solution, "We put that in the water fast to cool it off and then the slide too. The slide is really hot so we put water on it or I let her get wet first before she sits down."