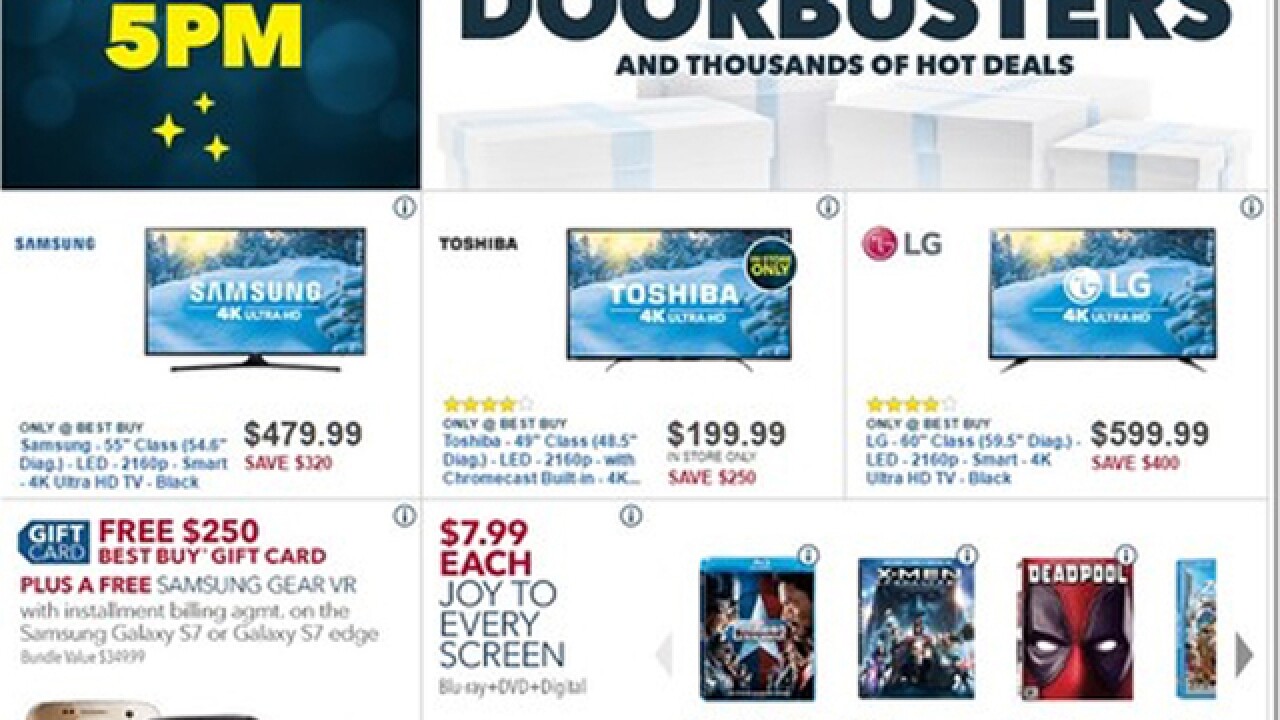 The last of the "big 3" Black Friday ads is out, on the heels of Walmart's and Target's ad.

This one is from Best Buy, and is perhaps the most anticipated of all.

Best Buy will open its doors an hour before its two big competitors, at 5 p.m. Thanksgiving evening.

If you are looking for clothing or crock pots, this is not the place to go because Best Buy targets the serious electronics buyer on Black Friday.

Best Buy will also have great markdowns on laptops, tablets, and XBox One and PS4 bundles.

Here are the highlights, as sorted out by BFAds.net.

You can check the highlights of all the big Black Friday ads by downloading the free BFAds app to your smartphone.

As always, don't waste your money.

“Don't Waste Your Money” is a registered trademark of Scripps Media, Inc. (“Scripps”).