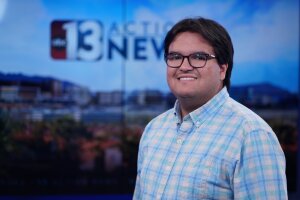 Jorge A. Mondaca will tell you himself - he’s been lucky to cover the news in some of the greatest places in the world.

Los Angeles, London, Sochi, Sao Paulo, Mexico City, New York, and now in perhaps the best city in the world, Las Vegas, Jorge has gotten to venture the world in search of stories that excite and inspire for companies such as FOX Sports, UFC and now at KTNV where he has been Digital Director since May 2019.

Jorge earned a Bachelor of Business Administration from Stetson University in DeLand, Florida, in 2005. He enjoys spending time with exploring Las Vegas and throughout the southwest with his girlfriend and their black cat.