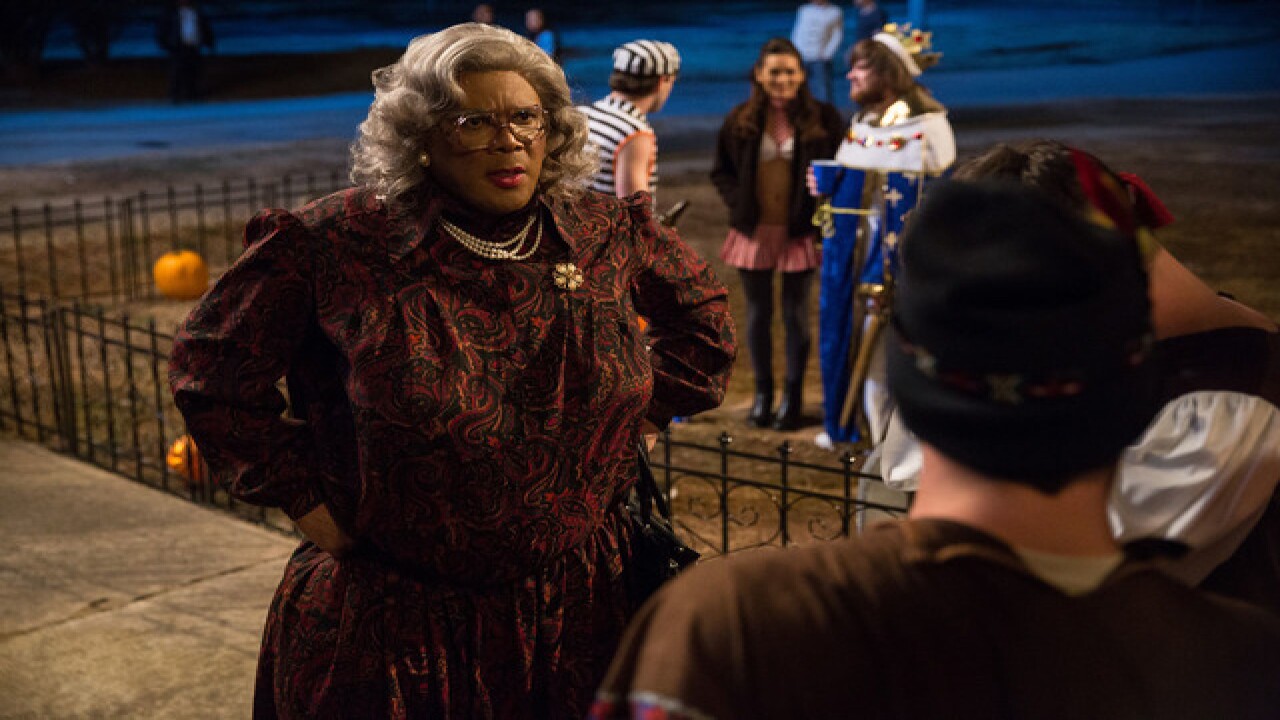 Maybe the secret to Tyler Perry's productivity is lack of quality control. He has such a track record of success, with such a loyal fanbase that guarantees everything he produces will succeed at the box office, that he's fallen into an Adam Sandleresque comfort zone.

When it came time to crank out a Halloween movie, Perry switched into autopilot mode, trots out his iconic character and assumes that the laughs and dollars will roll in. Instead of creating a horror comedy, the result is simply horrific for its lack of laughs.

The result is a cynical, money-grabbing trick on the viewers.

The plot, so to speak, pits Perry's cantankerous mama bear figure Madea against a frat house determined to scare her and her friends. The setup could conceivably work, thanks to Madea's inherent distrust of and contempt for young people, white people, cops, men, her family and basically everyone else, but the ingredients don't ignite. I guess the two "Neighbors" films used up all the good -- as well as mediocre -- jokes the premise could conjure.

If Perry's writing was so determinedly awful that it was possible to laugh at it, we'd be OK. But the movie doesn't sink to a so-bad-it's-good level, either. Torturously, the first 15 minutes are so are reasonably funny, with Perry unleashing all his decent Madea lines out of the gate, leaving nothing to sustain the momentum. Worse, he jams in a mid-film sentimental father-daughter subplot that is too awkwardly forced to register on an emotional level.

At its lowest points, "Boo! A Madea Halloween" is a painfully dull puppet show that amounts to Perry talking to himself, playing not only Madea but a harried father figure who enlists her to stop his 17-year-old daughter from attending a frat party on Halloween night. It's disconcerting that Perry can't seem to generate any chemistry with his alter ego.

Perry has trotted out his workhorse character to rousing success so many times that it's a wonder he hasn't figured out the formula to get the most out of her. When in doubt, just let her rattle off one-liners that range from paranoid rants about the world's conspiracies, politically incorrect riffs on pop culture or references to her disturbing, ever-changing past. Instead, Madea seems too bored most of the time to engage.

As the viewer, slumped in the seat, longing to be in another theater watching any different movie, it's all too easy to identify.