Joseph "Joe" Jackson, the father and the manager of the Jackson family of entertainers, has died. He passed away at Nathan Adelson Hospice in Las Vegas. He was 89 at the time of death.

NOTE: It was reported earlier in the day by other media outlets that he passed away in Los Angeles. That information was incorrect.

Jackson had terminal cancer. It is believed he died of natural causes.

At one point Jackson owned a house in Las Vegas and was very involved in the entertainment community. It is unclear if he still owned a residence in Las Vegas at the time of his death or was living with one of his children.

But many in Las Vegas remember him as a part of the community for more than a decade.

"He always came to every event," says Charles Tureaud with Black Image Magazine. Tureaud and his wife remember Jackson always attending their Taste and Sounds of Soul event downtown every year, where Joe's cousin was a master BBQ chef.

When Michael Jackson had a mansion near Sahara Avenue and Buffalo Drive, Joe lived nearby and would often visit his son. Real estate agent Zar Zanganeh was a family friend and remembers the Jackson celebrating birthdays and holidays in Las Vegas. He also says Jackson was down to earth.

"I would see him getting smoothies, and going to Target," says Zanganeh, adding that Jackson traveled without an entourage and loved signing autographs and talking to people around town.

The Jackson 5 performed in Las Vegas at the old MGM Grand (now known as Bally's) in the 1970s.

The nephew of Motown founder Berry Gordy, Robert, has known the Jackson family from the beginning and worked at Motown. Robert Gordy Jr. lives in Las Vegas and remembers Jackson with his boys.

"He was very focused on making sure his kids were taken care of, not taken advantage of."

Wendee Lee Curtis did a documentary and autobiography of Joe Jackson in Las Vegas. He loved Las Vegas because of all the entertainment here and enjoyed the desert climate. He said that Las Vegas allowed him to relax while being in California was more like work.

Jackson had an apartment in The Palms for a few years and was able to lead a relatively quiet life there, in addition to the house he owned in Las Vegas. Other Jackson family members also have homes in Las Vegas. 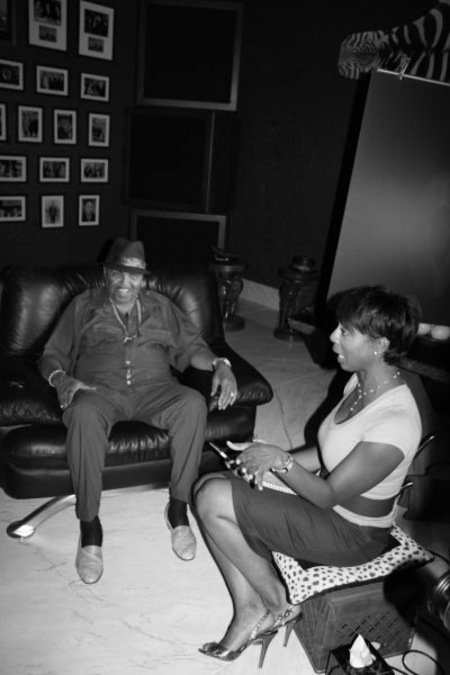 </p><p>Curtis recalled that Jackson did not see his son Michael after he died, because of his own phobias around death. Jackson was also known for being a strict disciplinarian with his children, but there was a tenderness in his manner when he spoke about his wife Katherine and their life together.

In June 2017, he was hospitalized locally after being involved in a crash just west of Las Vegas Boulevard. He tweeted this out days after the incident.

According to the Las Vegas Review-Journal, Jackson was last seen in public in Las Vegas at the Soul Train Music Awards in November and Stellar Gospel Awards in March. Both events took place at The Orleans hotel-casino.

A report in 2015 says Jackson suffered three heart attacks and a stroke after taking a birthday trip to Brazil. He also suffered a fall after being released from the hospital.

As the news broke, various celebrities, as well as family members, offered their condolences on Twitter.

I will always love you! You gave us strength, you made us one of the most famous families in the world. I am extremely appreciative of that, I will never forget our moments together and how you told me how much you cared. #RIP Joe Jacksonhttps://t.co/F5UfYjEgYx

RIP to the king that made everything possible!!! I love you grandpa 🖤🖤 pic.twitter.com/SI1C7lUuG6

Joe Jackson, brother beloved, patriarch & creator of one of the most talented American musical dynasties. We will remember him as long as his family’s music plays. Offering prayers and condolences to the Jackson family. #RIP #NeverCanSayGoodbye #JoeJackson pic.twitter.com/ws7vFmeRxi

THE MAN...THE FAMILY ...THE LEGEND! RIP JOE JACKSON and thank you for giving us the many gifts of talent from your family, not just to our community on a whole...but to the ENTIRE WORLD!!! #RIP pic.twitter.com/uOfKXQV4mP

This man is responsible for guiding and grooming some of the greatest talent of our time. He has made a prolific contribution to music. Bless UP to the legacy of Joe Jackson 🙏🏾 #RIP #Legend #JoeJackson pic.twitter.com/ADULoqbv4D

A tough, uncompromising, charming & complex man who drove his children from the mean, poor streets of Gary, Indiana to global stardom. But at what cost? He made no apologies when I interviewed him in 2013: ‘I did what I had to do to give them a better life.’ pic.twitter.com/WCz4mXHjYM