Opinion: Trump and the surreal

His candidacy leaves many people bewildered 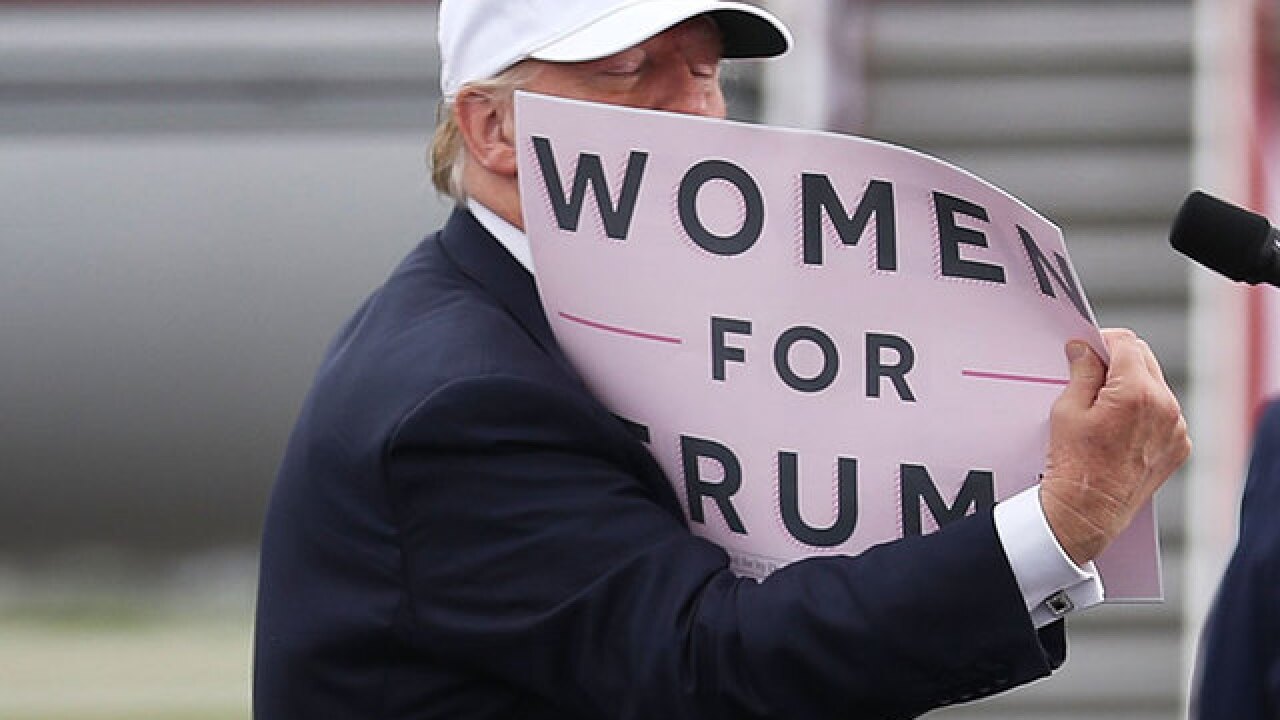 <p>Republican presidential candidate Donald Trump holds a sign that reads, “Women for Trump,” as he speaks during a campaign rally at the Lakeland Linder Regional Airport on Oct. 12, 2016, in Lakeland, Fla. (Photo by Joe Raedle/Getty Images) </p>

Way back in January when I began to worry and then panic that Donald Trump was going to snag the Republican nomination and a realistic shot at the White House, I went searching for reality checks.

One call I made was to a former colleague who is a decade or so younger than me and started his career in archconservative Republican politics before succumbing to the news business. He assured me that my panic was unwarranted. “Have faith in the American voter,” he said.

Chances are now about 95 percent that he was right and Trump will not be elected president.

But my faith in the American voter is shaken and just about shattered. My faith in my ability to make sense of American politics and society — or that American politics makes sense — is smashed. It’s disorienting and demoralizing. And I’ve discovered that lots of people feel the same way: incredulous, bewildered and baffled. “Surreal” is the word I hear the most.

It isn’t very comforting that Trump now seems destined for disgrace and defeat. He came close and that is unfathomable.

This sense of constant incredulity, of disbelief, is for many the most disturbing part of Trumpism and the abominable election of 2016, our American annus horribilis.

It is at this point when a good slice of readers will start writing me emails saying something like, “You just don’t get it because you’re a brainwashed robot of media bias, liberal elite and establishment privilege who can’t see that America is a disaster and Trump is the only man with enough nuts and guts to blow it up.”

There is no arguing with that kind of thinking, believe me.

Most everyone has a theory they use to explain or make sense of Trumpism. I don’t know anyone except the cockiest of smart alecks and know-it-alls who find their theories emotionally and intuitively satisfactory. In the end, if you’re not in the tank for Trump, you are baffled by how anyone could be.

We in the media elite have tried to explain Trumpism primarily by talking to Trump voters and reporting on the plight of angry white voters. This reporting has been overwhelmingly sympathetic, bending over backwards to overlook or excuse the racist, sexist, homophobic and xenophobic “resentments” in Trumpdom.

There hasn’t been a parallel effort to understand Clinton voters. We assume they fit into the tidy, traditional categories. Minorities tilt heavily Democratic and so do women. Rich, urban, coastal areas go that way, too.

Over the course of the campaign, “angry white voters” have become our most sympathized-with aggrieved group, though it isn’t polite to say so. That is deeply unfortunate as there are many groups in trouble in America, white people in the lower and middle classes punished by the post-1980s American economy among them. African-Americans and Hispanics have fared worse by any statistical measure, plus they carry the weight of prejudice and discrimination.

We tolerate the “resentment” of the angry white electorate as their predatory politicians vilify, for example, Black Lives Matter and the gay marriage movement.

To some extent, then, efforts to explain and understand Trumpism are limited by reverse political correctness; the prejudices, resentments and ugly sides of the angry white electorate are overlooked and excused far more than for other groups. This is no way to explain or understand anything.

Of course, only one chunk of Trump’s fan base fits the “angry white voter” bill. There are plenty of rich, educated white people too, and plenty of elected politicians and big donors who excuse and rationalize Trump’s foulest deeds and words.

Who can make sense, for example, of “family values” evangelicals who support Donald Trump, the most exhibitionistic heathen ever to get near the White House? Or of birthers, climate deniers and locker-room talkers?

It isn’t for a lack trying that most voters are mystified by zealous Trumpers and his enablers in the Republican Party. In my experience, those who aren’t baffled, who are confident they know what’s going on, are smug.

Never have I seen so many people in emotional distress over American politics. One friend, a gregarious and very successful extrovert, told me he feels “insular,” like he only wants to be around his family and friends lately. Friends and relatives who have never read a poll report in their lives, Google for the latest results twice a day.

This isn’t only from worry about Trump winning — it also comes from the sense that their own culture and community have become alien and less comprehensible. This is proving to be deeply unsettling and depressing.

The right personal therapy for this is also the right civic therapy: Find a way to ensure that Donald Trump and his fellow travellers lose big.