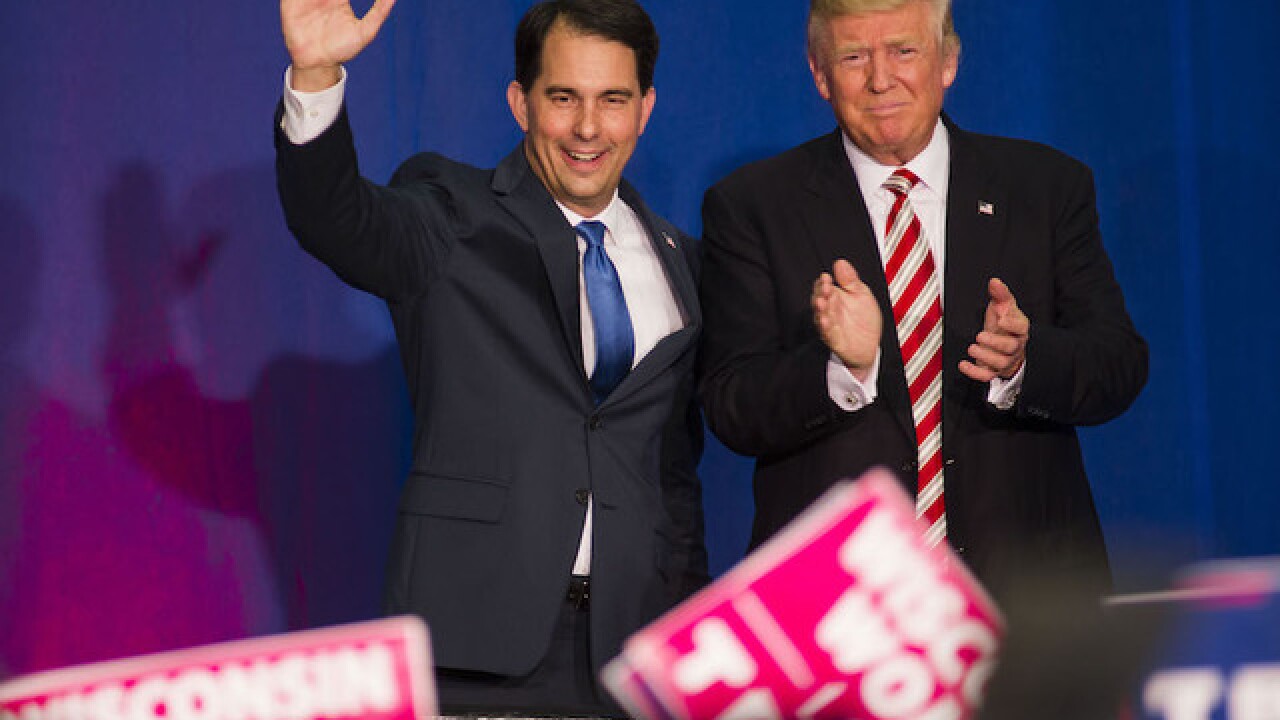 The Olympics have provided heaven sent respite from the grisly marathon of the 2016 presidential campaign. We’ve been reminded of virtues like fair play, sportsmanship, humility, dedication and courage at the perfect moment. All of this seems to have finally – finally – crippled the momentum of Trumpism.

That is not a prediction. There will be no more of those from me this year. Trump has made me paranoid.

But even a paranoid can look rationally at the polls and say Trump is toast. I take that as a call for greater vigilance, not complacency. The country needs to recover from the despicable spirit of Trumpism by voting and defeating Trump in a landslide.

It is equally important that the voters punish the people responsible for the civic threat that is Donald Trump – the Republican Party that nominated him.

I wouldn’t have written this before Trump sank into the trough where he belongs because I’m paranoid. But with Trump so far behind, it seems safer to divert some attention from the singular goal of crushing Trump to the broader one of punishing the whole Republican ticket.

I’m not sure if this is logical, but in some sense I blame the GOP more than Trump himself for his nomination. The party’s failure to stop his nomination is the culmination of an era of extreme cynicism. For years, the GOP has devoted itself entirely to obstructing Democrats on any and all fronts to score political points and reelection, no matter the cost to their alleged “base,” to common sense and to running a government with a modicum of rationality.

Trump arose from an ash heap of modern Republicanism that was a long time building: from years of buying off white, working class voters with hollow promises of protecting real American values, phony religiosity and gun worship; from a generation of race-baiting and scapegoating; from a war justified by lies; from obstructionism that was plainly cynical and destructive.

But in the end, in the 2016 primaries, it was just plain gutlessness that gave Trump the GOP nomination.

It was the cowardice of the GOP candidates when they let Trump get away with his clown-bully act. It was John McCain inexplicably refusing to confront and condemn Trump in the face of the boorish insult to him and all POWs. It was Reince Preibus, Paul Ryan and Mitch McConnell coddling Trump throughout the primaries, hoping they could somehow profit from the way he was manipulating angry, white male voters with racism and nativism

Republican cynicism isn’t limited to campaigns. It defines their strategy of anti-governing, especially when there’s a Democrat in the White House. There is no finer example of this than the way Mitch McConnell and his Senate henchmen have blocked the nomination of Merrick Garland to the Supreme Court, refusing to even hold hearings. Senate Republicans are doing this because they can, damn the consequences for the court, the integrity of the Senate and precedent.

The Republican Party has become a party of “self-hating govern-ers.” They have denigrated and degraded government for so long, so cynically that they no longer even perceive that crippled government as a problem. Trump is the ultimate vandal, the perfect GOP bad boy.

For that and many other political crimes, the current Republican Party has earned the doghouse it seems headed for - and much more.

But a simple defeat of Trump will not be enough to ensure that this generation of Republicans and Republicanism won’t survive to keep up its cynical, destructive work. The best way to vanquish this toxic regime – and to either spawn a Republican Reformation or a brand new conservative party – is to deprive the party of its majorities in Congress in November.

At this point, most handicappers think the Democrats have a decent chance of gaining control of the Senate thanks to Trump. They need to pick-up five seats net to do that and polling indicates they have a chance in Wisconsin, Illinois, New Hampshire, Pennsylvania, North Carolina and Indiana. That doesn’t leave much wiggle room. And Republicans still have a better chance of keeping control of the House.

Based on how Republicans have rationalized and tolerated Trump’s putsch and how they have acted in Congress, I am skeptical that merely losing the presidential race will prompt a grand Republican reckoning. I don’t think losing the Senate would do the trick either. Perhaps a triple play would. Perhaps.

The problem is that in most elections over the past 35 years voters haven’t trusted either party to control the Senate, the House and the White House. Consciously or not, voters prefer divided government. However much Trump has tarnished the Republican “brand,” Hillary Clinton and her party haven’t earned voters trust and confidence either.

Perhaps Donald Trump’s ugly, reckless campaign and the party’s cowardly enabling of him are extreme and scary enough to spawn a decisive rejection of the Republican Party. It is what they country needs this year, even though the alternative isn’t so great.