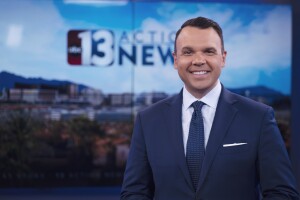 Todd Quinones joined 13 Action News as an anchor in January 2016. He comes from Philadelphia, Pennsylvania, where he worked as a reporter and fill-in anchor for 14 years. During his time there, Todd was part of a news team that was twice recognized with national Edward R. Murrow awards for overall excellence. During his time as anchor at KTNV has been part of a news team that has won two regional Emmy awards. Outside of the television business Todd enjoys spending time with his wife and son.