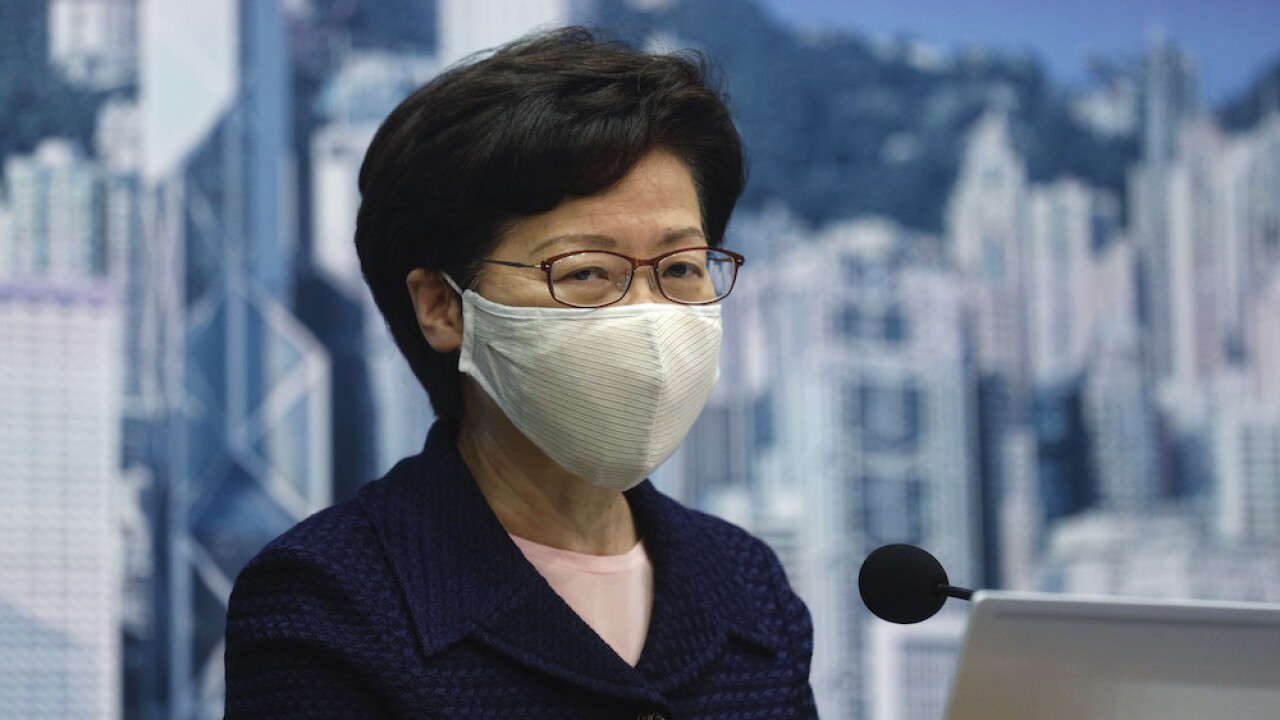 The Hong Kong government is invoking an emergency ordinance in delaying the elections. Lam says Hong Kong's government has the support of the Chinese government in making the decision.

Hong Kong has had a surge in coronavirus infections since the beginning of July.

The postponement is a setback for the opposition, which was hoping to capitalize on disenchantment with the current pro-Beijing majority to make gains.

Pro-democracy lawmakers have accused the government of using the outbreak as an excuse to delay the elections.