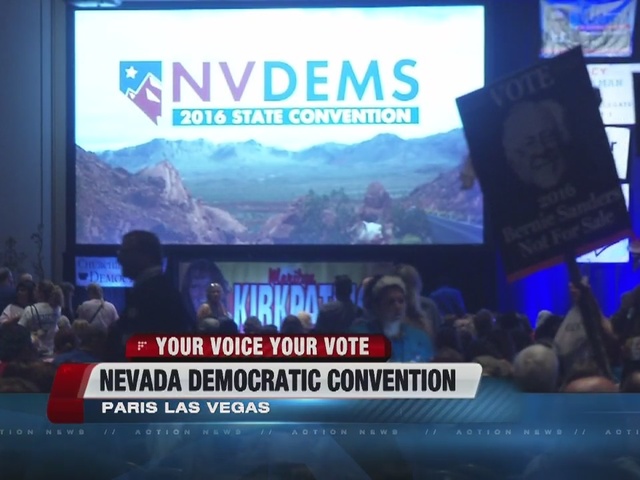 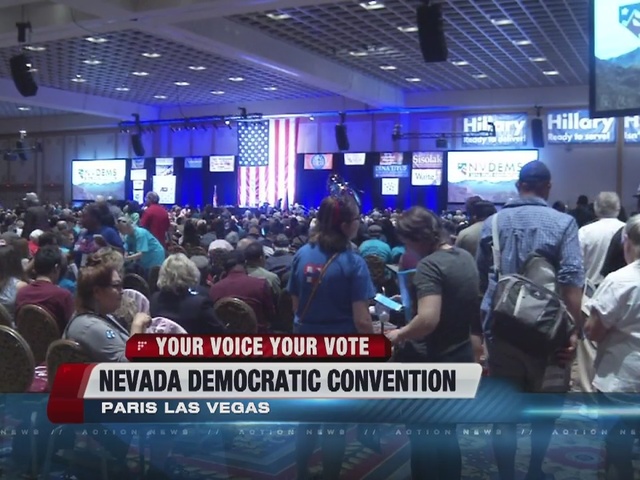 A contentious battle between die-hard supporters of Hillary Clinton and Bernie Sanders at Nevada's Democratic Party convention Saturday ended with Clinton locking in her delegate advantage.

Thousands of Democrats throughout Nevada flooded the Paris hotel-casino on Saturday to continue supporting their preferred candidates, marking the last step in Nevada's caucus process.

Though the process is somewhat complex, Clinton's campaign will officially walk away with 20 delegates to Sanders' 15 after the state convention.

Though Clinton won the February caucuses by a nearly five-point margin, control over a pool of twelve delegates wasn't set in stone by the caucus results until Saturday's state convention.

After a chaotic county convention in April, the Sanders campaign was poised to narrow the delegate gap by capturing two additional delegates than the initial February caucus results would have indicated.

But Clinton's campaign was able to narrowly outnumber Sanders by a 1,695 to 1,662 margin, meaning that the former secretary of state and current presidential frontrunner will take 20 delegates to the national convention in July compared to 15 for Sanders.

A number of Sanders supporters submitted a minority credentials report challenging that 64 Sanders delegates were disqualified and not counted in the final tally. Democratic officials said several of that delegate pool was included in the final count, and disqualifying delegates was done for several reasons including residency out-of-state and failure to update party registration.

Democratic National Committee member Andres Rameriz said the report will be forwarded to the national committee, but no immediate action is expected to be taken.

According to the Nevada State Democratic Party, there were 64 Sanders Delegates and Alternates whose validity was challenged. They were not registered Democratic voters in Nevada by May 1, 2016. Their information — such as address, date of birth and name — could not be found or identified, and they did not respond to requests from the party and campaigns to correct it.

Of these 64 delegate and alternates, six were allowed to be seated after their appropriate information was provided and 58 were denied because of the reasons outlined above.

The director of security for the Paris informed the state party and representatives of both campaigns around 10 p.m. that the property could no longer provide "the necessary security under conditions made unruly and unpredictable." Paris hotel security requested a prompt conclusion to the event.

According to the Nevada State Democratic Party statement, "therefore, recognizing the business still to be conducted by the convention, the State Party Chairwoman accepted a motion to agree to the Party Leader and Elected Official (PLEO) and At-Large Delegate slates as submitted by the presidential campaigns. She also accepted a motion to adopt and elect the State Central Committee pursuant to the rules and as submitted by the county party chairs. This allowed the State Party to properly adjourn the State Convention.”

Calif Sen Barbara Boxer: If you boo me you're booing Bernie Sanders pic.twitter.com/mAAu6YNugZ

Nevada will send a total of 43 delegates to the Democratic national convention in July, but eight of those are so-called, "superdelegates" who independently decide who to support for president. Four have announced support for Clinton and one is supporting Sanders.