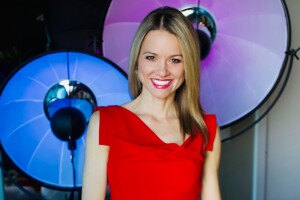 Ms. Snyder comes to KTNV from Los Angeles where she covers movie premieres, award shows and more for ABC’s ON THE RED CARPET. She also works as a live performer in equity theatre, plus she’s appeared in movies and has had guest starring roles in many TV shows including Castle, Grey’s Anatomy, Glee and Two and Half Men.

“I’ve always been drawn to the energy in Las Vegas,” said Snyder. “On my many trips, I’ve watched The Morning Blend. Now to be part of the team is very exciting.”

Snyder grew up on a farm in Washington state and has a Bachelor’s degree from the University of Southern California.

She loves running in the great outdoors and is excited about exploring the desert in Southern Nevada with her husband and two rescue dogs.