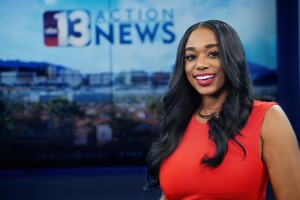 Alicia is a native of Cleveland, Ohio. She graduated from Youngstown State University with a Bachelor of Arts degree in Communication Studies. Shortly after, she decided to further her education in Chicago, where she earned her Masters in Journalism at DePaul University.

While studying at Depaul, her broadcasting career began at FOX 32 Chicago, where she was a production assistant for the station's morning show. After only six months, she took on a new role as an assistant assignment editor for Chicago's WGN-TV. Within a couple of months, Aliciawas running the news desk on the weekends by herself. Her work co-producing a WGN investigative piece earned her an Emmy-nomination for “Outstanding Achievement for News Specialty Report/Series in Crime."